Janta Ka Reporter 2.0
Home India With PM Modi by his side, Trump says Iran not Pakistan is...

US President Donald Trump on Tuesday said that, according to him, Iran and not Pakistan was the country that sponsored terrorism. Speaking to Indian reporters with Prime Minister Narendra Modi on his side, Trump refused to agree with one Indian reporter, who asked for his opinion on Pakistan sponsoring terrorism from across the border. 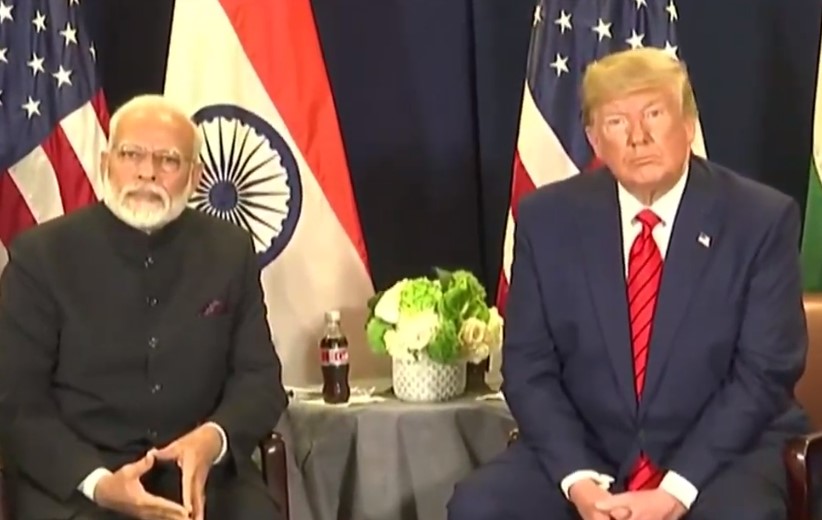 “You mention Pakistan, but Iran will have to be at the top of the list because if you look at the list of terrorist states, that’s been the number one for a long time,” Trump told reporters.

He continued, “I’ve had a meeting with Prime Minister (Imran) Khan. It was a long meeting and we discussed a lot. I think he would like to see something happen, which will be something fruitful and something peaceful. I think that will happen ultimately because these two gentlemen will get together and work something.”

Trump had met Pakistani Prime Minister Imran Khan on Monday, where he showered praises on him. His praise for Khan and Pakistan came in sharp contradiction to his praise for Modi during the Sunday’s Howdy Modi event organised in Houston in Texas.

On Monday, after his meeting with Khan, Trump had also repeated his desire to mediate between India and Pakistan on the thorny issue of Kashmir. In response to a question from a Pakistani journalist, Trump had said, “It’s all going to work out, but if I can help I’d like to help. But I don’t think you’ve ever had a President, who’s felt the way I do – in a positive way – about Pakistan.”

Trump had added, “But I also have a very good relation with India. I have a good relation with both (India and Pakistan). So if they decide to use that feeling among both, I think we can help out…But this has been going on for a long time.”