Prime Minister Narendra Modi on Wednesday disappointed his cheerleaders in the Indian media particularly Republic TV’s Arnab Goswami after he failed to convince Saudi Crown Prince Mohammed Bin Abdullah to at least condemn Pakistan over the Pulwama terror attack in the joint statement. In the joint statement, issued by Abdullah, popularly known as MBS, and Modi, while India and Saudi condemned the terror attack in Pulwama, it did not blame Pakistan for being responsible for the killings of 45 CRPF soldiers. 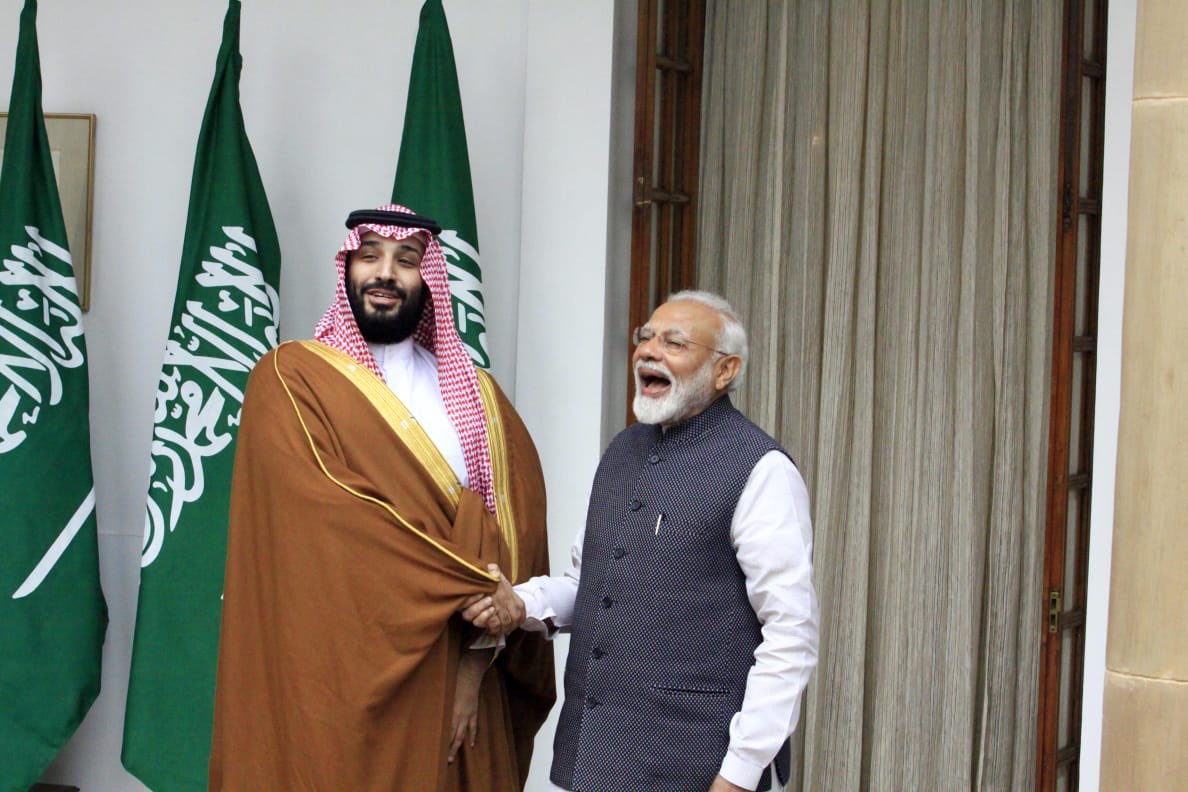 The statement merely said, “The Prime Minister and His Royal Highness condemned in the strongest terms, the recent terrorist attack on Indian security forces on 14 February, 2019 in Pulwama in Jammu & Kashmir.”

Even while condemning countries that promoted terrorism, the joint statement by India and Saudi could not mention Pakistan. This is what the statement read, “Both sides called up on all countries to renounce the use of terrorism as an instrument of state policy. They also called upon all states to deny access to weapons including missiles and drones to commit terrorist acts against other countries.”

It added, “Affirming that the menace of extremism and terrorism threatens all nations and societies, the two sides rejected any attempt to link this universal phenomenon to any particular race, religion or culture. Both sides called on all states to reject the use of terrorism against other countries; dismantle terrorism infrastructures where they happen to exist and to cut off any kind of support and financing to the terrorists perpetrating terrorism from all territories against other states; and bring perpetrators of acts of terrorism to justice. The two sides also noted the need for concerted action by the international community against terrorism including through early adoption of the UN Comprehensive Convention on International Terrorism and underlined the importance of comprehensive sanctioning of terrorists and their organisations by the UN.”

Once again there was no mention of Pakistan here. It assumed significance since Modi was quick to blame Pakistan immediately after the Pulwama terror attack had killed 45 CRPF jawans on 14 February. Speaking at a rally in Jhansi, the Indian prime minister had even called Pakistan a jealous nation, which was determined to stall India’s growth story since it didn’t like the country embark on a path of development under Modi’s leadership.

The only place the joint statement by India and Saudi specifically mentioned Pakistan was while stating the need to resume a ‘comprehensive dialogue’ between the two hostile nations. It read, “The two sides stressed the importance of regional stability and good neighbouring relations. His Royal Highness appreciated consistent efforts made by Prime Minister Modi since May 2014 including Prime Minister’s personal initiatives to have friendly relations with Pakistan. In this context, both sides agreed on the need for creation of conditions necessary for resumption of the comprehensive dialogue between India and Pakistan.”

So, whilst Modi’s cheerleaders in the media may be expecting their ‘strong leader’ to teach Pakistan a lesson, the man who once promised to ‘reply to Pakistan in its own language’ once again appeared to have pulled off another diplomatic disaster as India’s prime minister.