Ever since it was revealed that Bhabhi Ji Ghar Par Hain star Saumya Tandon did not accept the offer for money to endorse a political party, she became an instant hero on social media platforms. Saumya was one of the four stars who had refused to sell their soul for money. The other three actors included Vidya Balan, Raza Murad and Arshad Warsi. 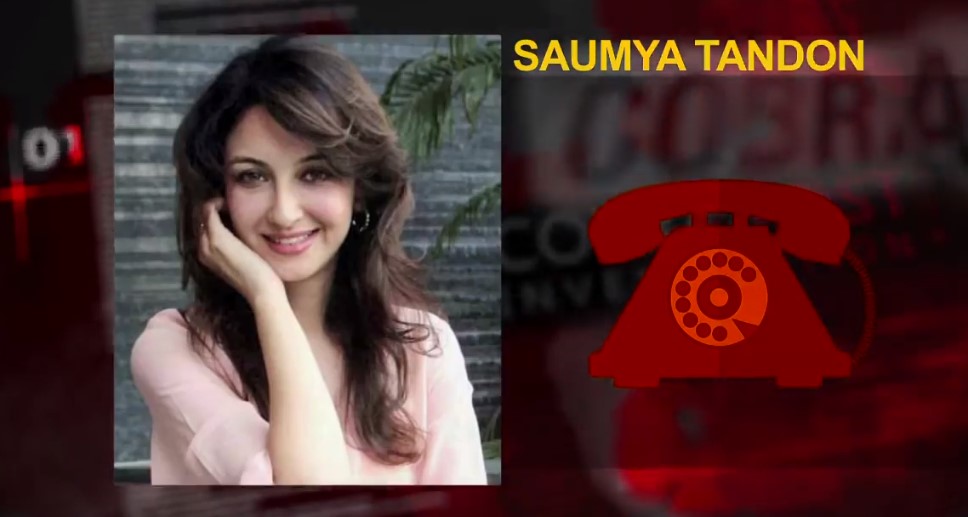 On Wednesday, Saumya had exclusively told Janta Ka Reporter that she will never sell herself for money. She had said, “Well, in my 12 years of career in the entertainment industry, there have been many times that I have been approached for either endorsing a political party especially closer to the elections or to rally for a particular candidate or talk about a particular party on social media or go attend their parties. I have never done that. I will never do that.”

Many social media users had questioned the decision to not broadcast the audio or video of the secret conversation that the Cobrapost reporter held while approaching Saumya with an offer of money. One user had wondered, “While you guys have revealed the video tapes of your conversation with celebrities who agreed to sell their soul, you have not released the audio or video of your conversation with Saumya. Is it because portraying her in good light doesn’t suit your agenda?”

Cobrapost has now revealed the audio conversation with Saumya, who is heard rejecting the offer for money, made by the undercover reporter. In the audio, the reporter is heard introducing himself as a Delhi-based representative of a PR firm, which manages the social media promotion of political parties.

The reporter says that he is keen to have Saumya join the PR firm’s initiative to push the political agenda of various parties on social media platforms. However, what is astonishing in the audio is that even before the reporter can finish his mission statement, Saumya interjects with a firm ‘no.’ She is heard saying, “No, No, No. I don’t do any kind of political advertising work for money unless and until I am supporting the ideology, which I don’t want to do right now.”

The reporter persists as he adds, “You don’t have to do anything. You only have to appreciate the good works of political parties.” Pat comes Saumya’s reply, “That is an endorsement, isn’t it? If I am expressing my opinion on my social media pages, then I am siding with a political party.”

Not willing to give up on her, the reporter seeks to assure her that her support will be only for the good work of a political party. This leaves the famous TV star frustrated as she reacts angrily, “You are talking to me as if I am a nursery kid.” She adds, “I do not want to have any affiliation with any political party for money because that’s against my principles. You will find many actors doing many things for money, but if I do this, it will be only when I genuinely believe in it.”

She ends the conversation by saying ‘sorry, not interested.’