Janta Ka Reporter 2.0
Home India Delhi “When you were running around in your knickers” Congress leader Manish Tewari...

Congress leader Manish Tewari on Friday publicly lashed out at a parliamentarian from his own party over the controversial army recruitment scheme called ‘Agnipath.’ This was after Tewari extended his support to the Agnipath scheme even though Congress leader Rahul Gandhi condemned the recruitment scheme saying that this will block the operational readiness of the Indian armed forces in light of challenges being posed from two fronts, China and Pakistan. 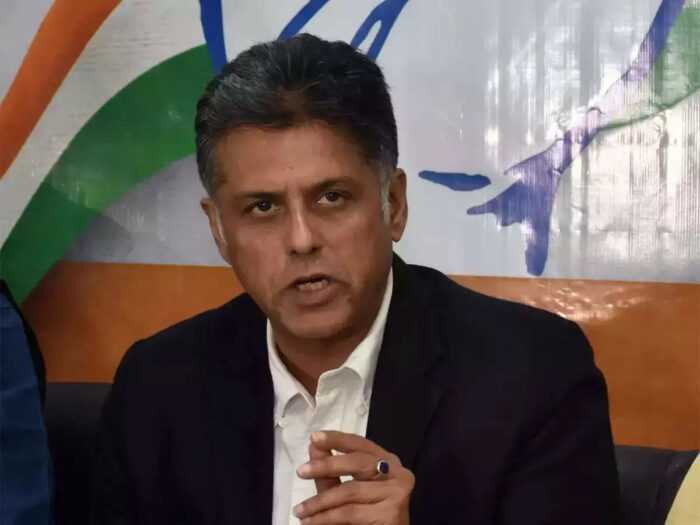 Speaking on India Today, Tewari said, “This scheme should be allowed to play itself out and if at all there are any glitches, those glitches can be ironed out. The government needs to give clarity on transitioning process post 4.5 years.” When reminded that his party leader had opposed the scheme, Tewari had said that he had written extensively about the topic in the past.

Reacting to his comments on India Today, Congress leader Saptagiri Ulaka tweeted, “With due respect instead of Congress’ @ManishTewari mention in the tweet below just @ManishTewari would have sufficed in this context. Clearly our stand on #AgnipathScheme is different & has already been communicated by people responsible.”

With due respect instead of Congress’ @ManishTewari mention in the tweet below just @ManishTewari would have sufficed in this context. Clearly our stand on #AgnipathScheme is different & has already been communicated by people responsible. cc @sardesairajdeep https://t.co/rDlgeWKiWW

Tewari took a dim view of his public criticism from a senior colleague from his own party. He tweeted, “Dear @saptagiriulaka ji You are valued colleague in Lok Sabha. However May I respectfully point out that when you may have been running around in your knickers my dear friend I was actively working for @INCIndia . I would request you to kindly refrain from these snide tweets.”