Delhi Chief Minister Arvind Kejriwal on Saturday lashed out at Prime Niniater Narendra Modi and BJP President Amit Shah for pitching Hindus and Muslims against each other. Addressing the Unity Rally of opposition parties by West Bengal Chief Minister Mamata Banerjee, Kejriwal said that what Pakistan could not do in 70 years, Modi and Shah had done in the last five years. 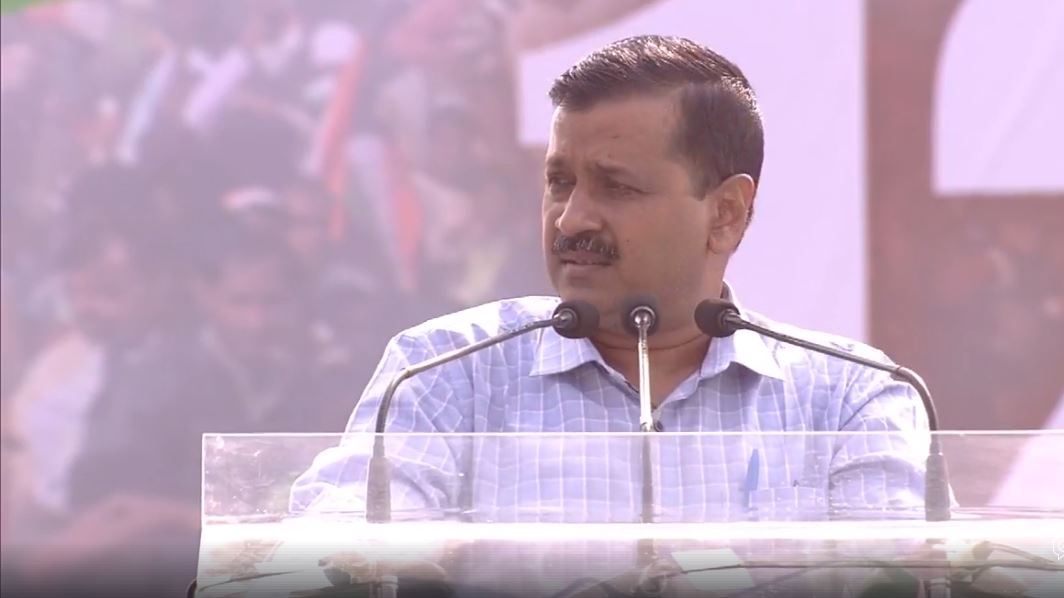 He told the packed crowd at the historic Brigade Parade Ground in Kolkata, “It was Pakistan’s dream to split this country into pieces. This BJP government is going ahead in that direction by creating enmity among people and dividing the nation on the lines of religion, language…” Kejriwal said at the Brigade Parade Grounds here.”

Kejriwal said that the BJP needed to be defeated to save India and its democracy. “If the (Narendra) Modi-(Amit) Shah combine continues to rule the country by winning the 2019 elections, it will change the Constitution and further elections will never take place. A fascist regime will set in as was done by Hitler in Germany,” Kejriwal was quoted by news agency PTI.

Kejriwal also came down heavily on the Modi government for taking away millions of employments through its controversial demonetisation decision. In November 2016. He said that demonetisation had taken away all the scope of employment and Modi’s friendly insurance companies were making money at the cost of farmers.

However, the Biju Janata Dal (BJD) and the CPI(M)-led Left Front, did not take part in the Saturday’s massive rally.