England on Sunday pulled off a thrilling win by beating New Zealand in the Cricket World Cup final, which was decided by the ‘Super Over’ after both the teams ended their innings in a tie. 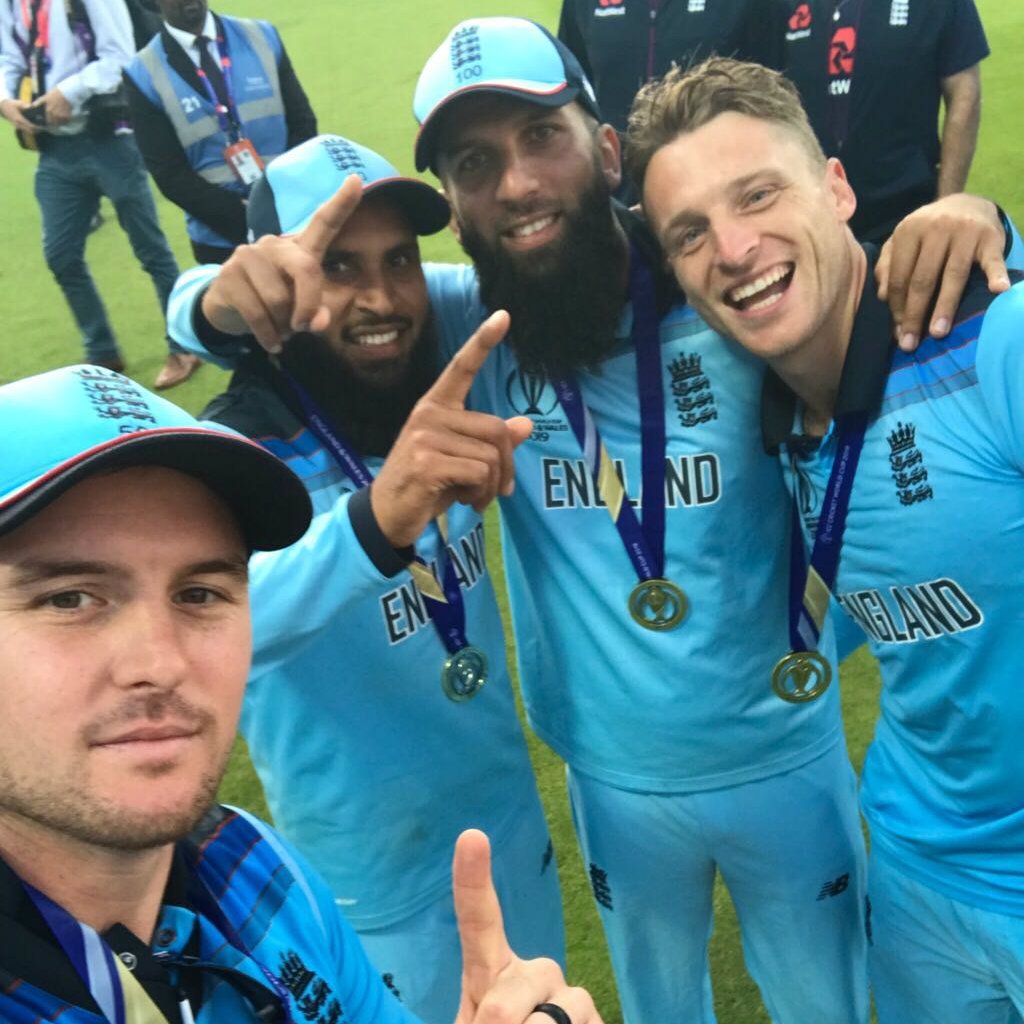 Batting first after winning the toss, New Zealand scored 241 runs in their quota of 50 overs. In response, England too were all out for 241, resulting in the match being a tie. Under the ICC rules, the final had to be decided by a Super Over with each team facing six additional balls each. The team scoring most runs would have won the match.

England opened the Super Over with their star batsmen Jos Buttler and Ben Stokes. Both put up 15 runs in six balls meaning that New Zealand needed to win their first-ever World Cup by scoring more than 15 runs. A tie in the Super Over would have meant a victory for England. The Super Over too saw scores being tied but making England the new World Champions.

Ben Stokes, who remained not out at 84 in the final, was adjudged Man Of The Match. Speaking about Stokes’ efforts, his team-mate Jos Buttler said, “We have performed under pressure, it was almost written in the stars for Ben Stokes. He’s had such a tough time, I’m so proud of him and pleased for him and his family.”

English captain Eoin Morgan said that he did not like champagne but ‘today I love it.’ “What an unbelievable day, an amazing advert for the game. I’ve got to commend the Black Caps – it was an incredibly tight game but we managed to get over the line,” Morgan added. 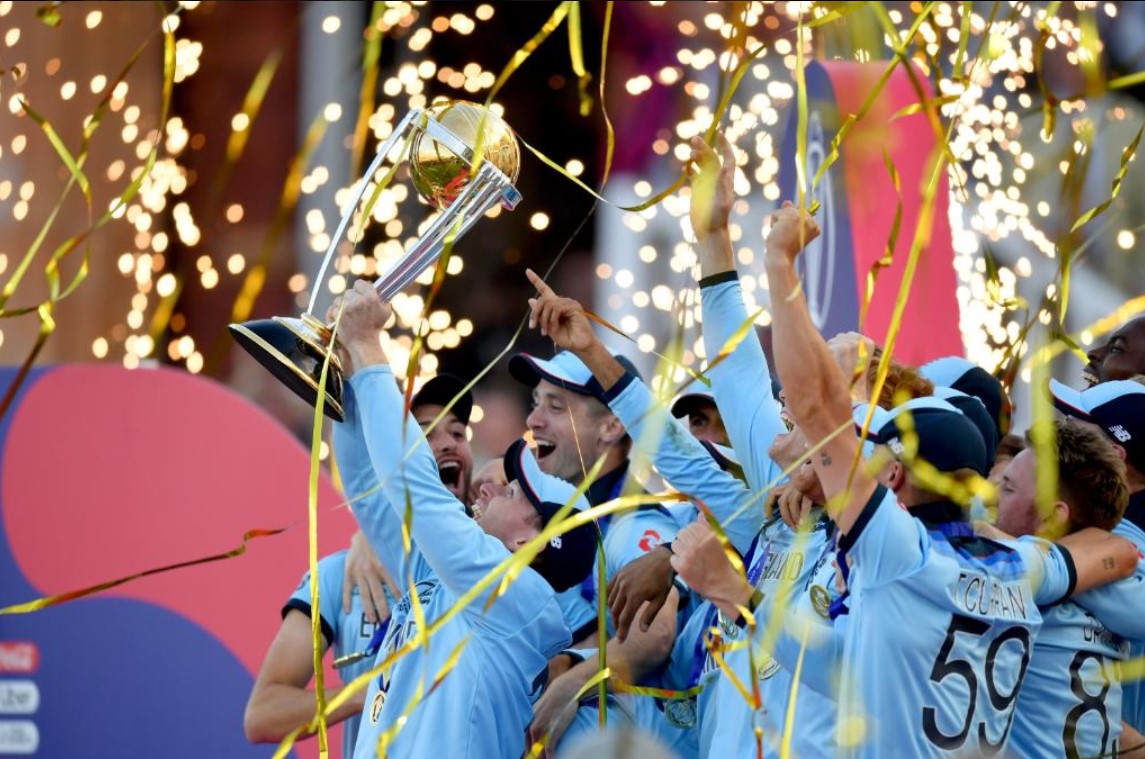 New Zealand skipper Kane Williamson was heartbroken on being denied to lift the World Cup in such a cruel fashion. First, it was an additional four runs in the shape of an overthrow in the death over that allowed the England batsmen to tie the total. Then, the Super Over saw a runout, resulting in an amazing climax in favour of the hosts of this year’s World Cup.

A true sportsperson that he is, Williamson said, “We would have liked another 10 or 20 but it was a tough surface and a fantastic game of cricket. To go to the last ball and then the last ball again – it’s tough to separate the sides.”

“That (ball hitting Ben Stokes’ helmet and deflecting to the boundary) was a bit of a shame, isn’t it? That’s the game we play. You can’t nitpick, it just wasn’t meant to be.”

England’s splendid win at the World Cup will, however, teach a thing or two to Indians on how to be a truly sporting nation. The World Cup-winning English side was truly a symbol of diversity. While their star batsman Jason Roy migrated from South Africa at the age of 10 to adopt England as his new country, another hero of the World Cup final, Jofra Archer decided to make England his new home only after he had turned 18. Archer was born in Barbados in West Indies and wasn’t even eligible to play for England until recently when the England and Wales Cricket Board tinkered with its guidelines. 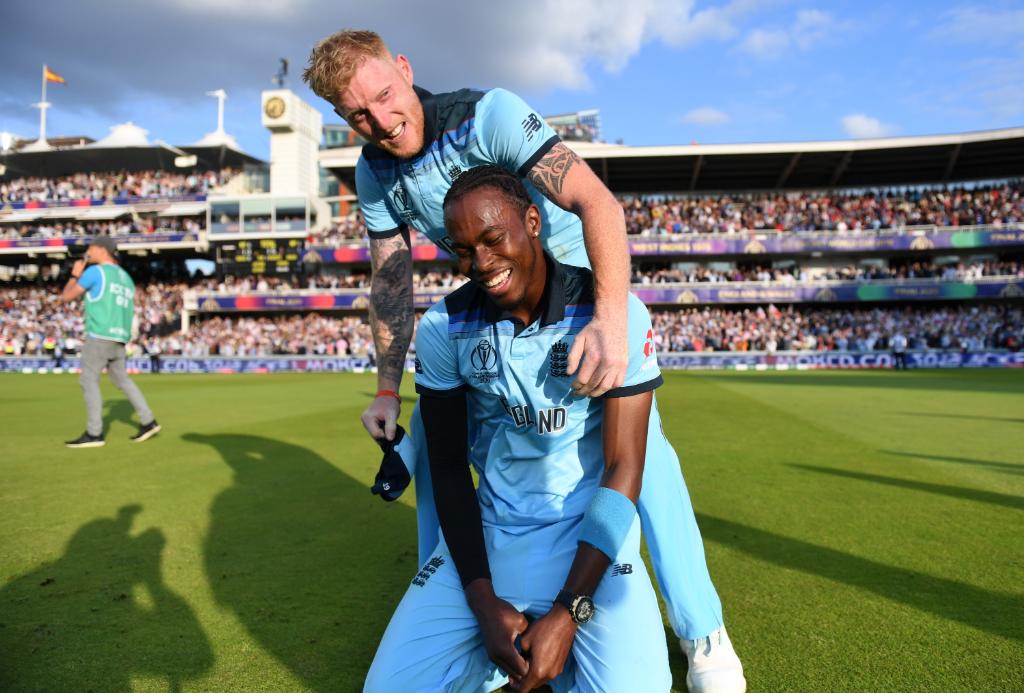 Other two prominent members of the World Cup-winning English team have been beard-sporting Moeen Ali and Adil Rashid. Both were seen running away for the fear of being splashed with alcohol, which is prohibited in Islam, just when the English players had finished posing for the group photo. Both Ali and Rashid have always been known for being practicing Muslims, and yet their faith never prompted any backlash either from the selectors or cricket fans in the country.

Even Stokes, the World Cup hero for England, was born in Christchurch in New Zealand before migrating to UK.

Even if Stokes, Archer, Roy, Ali or Rashid failed, they did not have to worry about facing orchestrated trolling on social media by a political party’s troll army. Nobody would have questioned their loyalty to their country.

Compare this to how India mounted their World Cup campaign. As several media reports now indicate, the team was suffering from bitter factionalism right from day one. While one group of players showed their allegiance to skipper Virat Kohli and coach Ravi Shastri, another group was loyal to the team’s vice-captain Rohit Sharma, who became the top scorer from the Indian side in the World Cup. There were reports that Kohli and Shastri often took decisions without consulting Sharma.

Such was the intensity of politics determining the sports in the team that despite Ambati Rayudu being the best middle-order batsman available, the selectors first chose Vijay Shankar in his place for the World Cup campaign. However, when Shankar sustained an injury and was subsequently ruled out of the World Cup, the vindictive BCCI selectors called Mayank Agarwal, even though he had never played a single One Day International match. Faced with repeated humiliation, Rayudu then decided to announce his retirement from all forms of cricket right in the middle of the World Cup campaign.

If this was not enough, several questions were raised on the Indian cricket team management’s decision to leave their best bowler, Mohammad Shami, out of the semi-final match despite the pacer taking 14 wickets in just four matches. This also included a hat-trick taken against Afghanistan. Shami had become only the second bowler in the history of Indian cricket after Chetan Sharma to take a hat-trick in the World Cup. Curiously, Virat Kohli preferred Bhubaneshwar Kumar over Shami even though the former had conceded 73 runs in 10 overs in his previous match.

Hope India learn from England a point or two on how to become a truly sporting nation.