Air India has sought the help of law enforcing agencies to protect its crew members alleging that they were being ostracised by vigilante residents welfare associations for visiting abroad. Concerned over the ill-treatment of its staff, the national carrier has issued a statement seeking help from police. 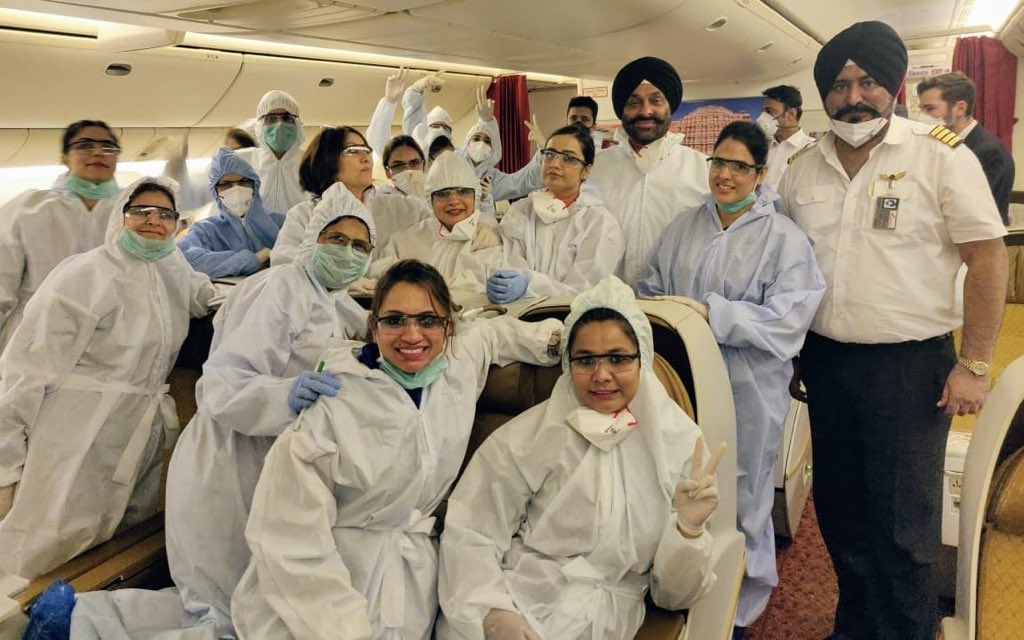 It said, “We would like to appeal to all, particularly the law enforcement agencies,to ensure that AirIndia crew are treated with respect and freedom that every citizen deserves, especially those who have been discharging their duties in selfless manner for return of fellow Indians

A statement by Air India said, “It is alarming to note that in many localities, vigilante Resident Welfare Associations and neighbours have started ostracizing the crew, obstructing them from performing their duty or even calling in the police, simply because the crew travelled abroad in the course of their duty. These vigilantes have conveniently forgotten that many a spouse, parent, sibling child and near and dear one have been brought home safe and secure from affected countries , thanks to the heroic efforts of these Air India crew.”

The statement sought to remind how the national carrier had selflessly evacuated Indians ‘stranded at Wuhan, the epicentre of the covid-19.’ Similar rescue flights were operated to bring back Indians stranded in Japan, Milan and Rome, it added.

Air India said that it had taken adequate measures to ensure the safety of its crew and ‘protect their well being for each and every flight they have undertaken to fly to cities affected with covid-19 with all essential and non-essential measures to arrest the spread of Corona Virus amongst crew and passengers.’

“In January 2020. guidelines for crew members and operational staff were issued by Air India Medical wherein a detailed protocol to handle passengers and self-care was formulated. Air India has always ensured that sufficient hand sanitizers, gloves and masks for the crew as well as for passengers are made available on board,” the statement added.

Crew members, according to Air India, who are landing into India from affected cities are sent on home quarantine and also to designated hospitals for check up as part of the protocol. The government-owned airline company said that Hazmat suits were also placed in the cockpit for use in Aircraft by the crew in the event of any suspect COVID -19 on board. It added, “These thorough safety measures have been providing adequate protection to our crew, who have been discharging their duties in as selfless a way like doctors or nurse, paramedics and other agencies who are out in field for fellow Indians.”