A video of a Delhi BJP leader slapping his wife outside the party office has gone viral on social media prompting the saffron party to remove him from his existing post. In the video,  Azad Singh can be seen slapping his wife even as other BJP leaders look on. Singh’s wife Sarita Chaudhary is also a former South Delhi mayor. 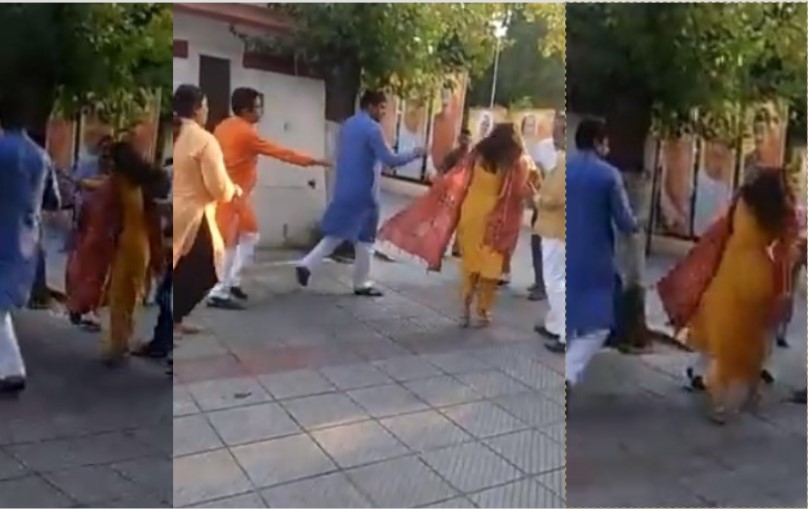 The video was first shared by journalist Anish Singh on Twitter. The video went viral in no time evoking angry reactions from social media users.

Meanwhile, Azad Singh, who headed the BJP’s Mehrauli District wing, was immediately removed from his post. The party has replaced him with Vikas Tanwar. There’s still no clarity on the reason for the fight between them.

A report by news agency PTI said that the fight happened as soon as they came out of the meeting called by Union Minister Prakash Javadekar, who is in-charge of Delhi BJP for Assembly polls, at the party office on Pant Marg. “The duo are involved in a marital discord for many years. It was, however, not expected that they will fight like this openly,” a BJP leader was quoted as saying.

In 2017, a BJP leader in Aligarh was caught on camera slapping a girl in public because of her decision to dine out with a Muslim boy.