BJP’s Rajya Sabha MP Subramanian Swamy has advised former India captain Mahendra Singh Dhoni to comply with the ICC rules and not wear his keeping gloves with army insignia on them. 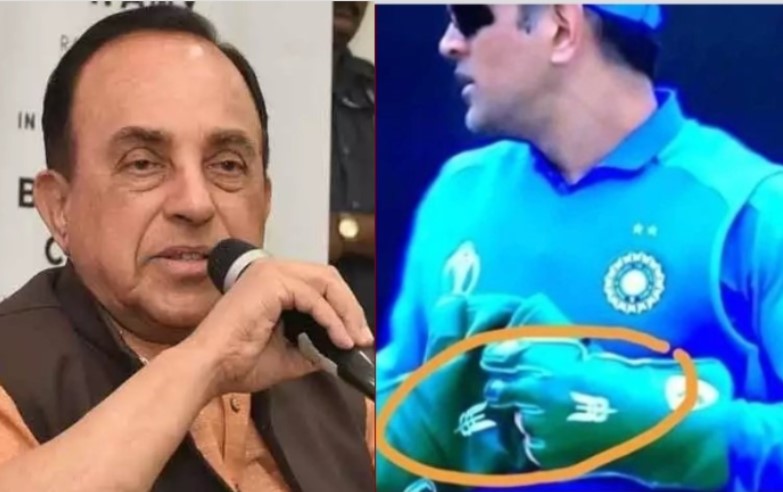 He wrote, “My unasked for advice to Dhoni: You lose nothing by agreeing to ICC Rules no matter how intrusive it is. Terminate the controversy which nothing to with your awe inspiring cricket.” Swamy also went on to allege that ‘anti Indian forces would like this controversy to grow.’

My unasked for advice to Dhoni: You lose nothing by agreeing to ICC Rules no matter how intrusive it is. Terminate the controversy which nothing to with your awe inspiring cricket. Anti Indian forces would like this controversy to grow

This was after a fresh media release by the world governing body of cricket, ICC, directed the Indian cricket board to confirm that the ‘logo (army insignia) displayed by MS Dhoni in the previous match is not permitted to be worn on his wicket-keeping gloves at the ICC Men’s Cricket World Cup 2019.’

It said, “The regulations for ICC events do not permit any individual message or logo to be displayed on any items of clothing or equipment. In addition to this, the logo also breaches the regulations in relation to what is permitted on wicketkeeper gloves.”

Referring to the ICC rule book D1, the ICC said, “No Logo shall be permitted to be displayed on Cricket Clothing or Cricket Equipment, other than a National Logo, a Commercial Logo, an Event Logo, a Manufacturer’s Logo, a Player’s Bat Logo, a Charity Logo or a Non-Commercial Logo as provided in these regulations.”

The response by the ICC came as a firm rejection of the BCCI’s request asking the governing body to reconsider its original ban since the insignia, also called the ‘Balidaan badge’ or a badge of sacrifice, had “none of those connotations” listed by the ICC. Vinod Rai, the CoA chief , was quoted as saying, “But in any case if they (the ICC) feel, we’ll take permission like we took in case of camouflage caps, because we believe in confirming to norms of the game. If the ICC has a set of norms, we’ll go with the norms.”