BCCI President Sourav Ganguly shared the stage with Home Minister Amit Shah in Delhi hours after meeting Bengal Governor Jagdeep Dhankhar in Kolkata. Ganguly, a former India captain, sharing stage with Shah assumes significance amidst speculations that the former could be projected as the BJP’s chief minister face in the upcoming assembly polls in Bengal. The occasion was the unveiling of late Arun Jaitley’s statue at the Feroz Shah Kotla stadium. The decision to install the statue of a late BJP politician at a cricket ground has already become a hugely controversial issue with former India bowler Bishan Singh Bedi threatening to sue the Delhi and District Cricket Association for not paying heed to his demand to get his name removed from one of the stands in the stadium. 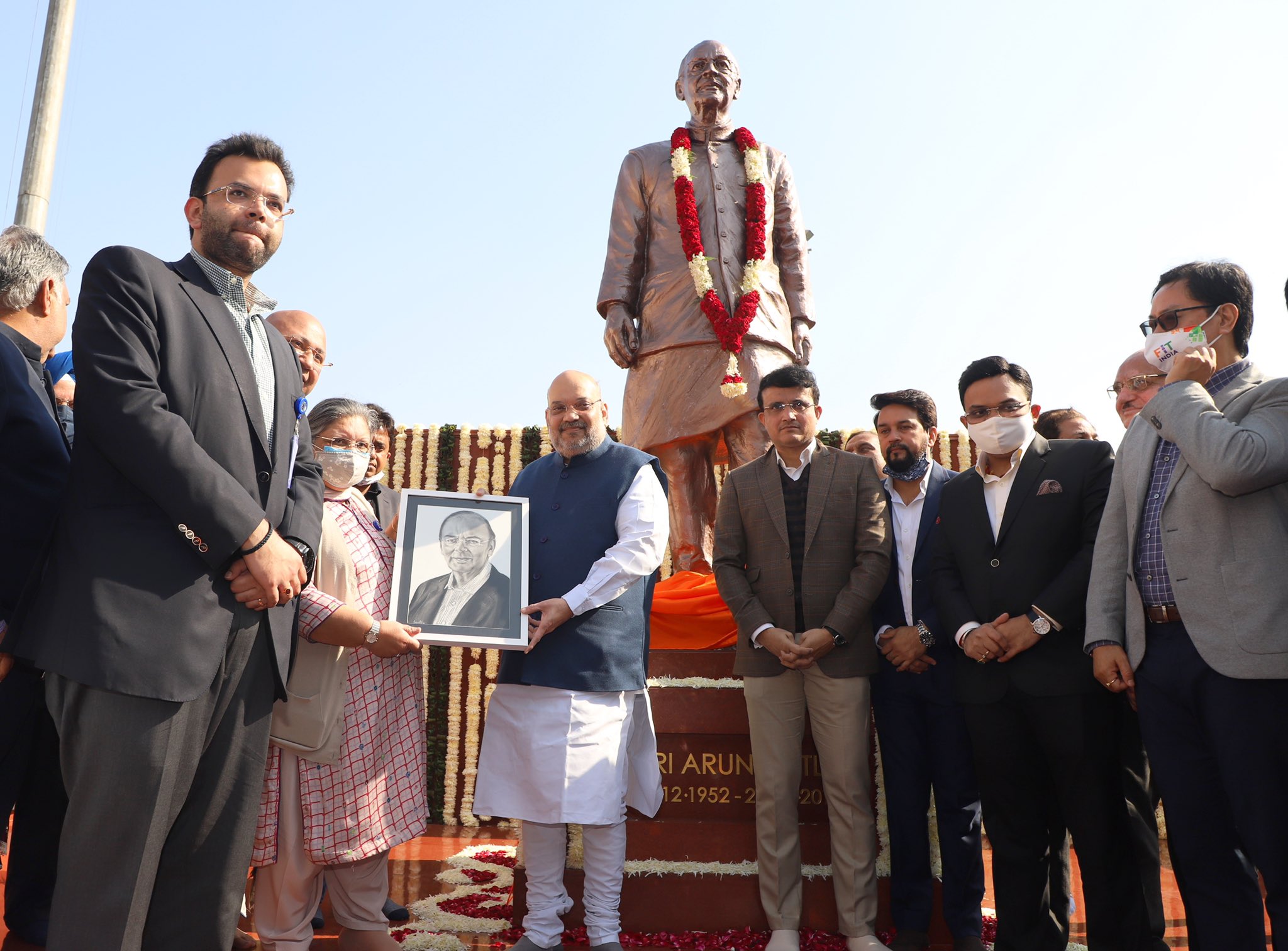 Speaking on the occasion, late Arun Jaitley’s son and Delhi and District Cricket Association chief, Rohan Jaitley, said that he would attempt to persuade Bedi to reconsider his demand for the removal of his name from inside the stadium. Calling Bedi as the Bhisham Pitamah of Delhi cricket, Rohan Jaitley said, “I am a youngster and I expect to be guided by the elders in the fraternity. His name on the stands is his legacy, an honour bestowed upon him.”

According to news agency PTI, the DDCA president said that the decision to take down Bedi’s name can only be taken by ‘the Apex Council.’ “It’s not in my domain. It’s not in my power to remove anyone’s name. We have discussed it within the DDCA. We are going to request him to reconsider it. It’s a long affiliation between the DDCA and Mr Bedi,” PTI quoted Rohan Jaitley as saying.

Bedi had sent a hard-hitting email to the DDCA announcing that he was giving up his DDCA membership and demanded the removal of his name from one of the stands in protest against the decision to install Arun Jaitley’s statue at the Kotla ground. Days later, Bedi issued a fresh ultimatum threatening to sue the DDCA for not paying heed to his demand.

In his email, Bedi had written, “I’m not at all enamoured with the thought of a statue of Arun Jaitley coming up at Kotla. I pride myself as a man of immense tolerance & patience … but all that I’m afraid is running out. DDCA has truly tested me & forced me to take this drastic action. So, Mr President, I request you to remove my name from the stand named after me with immediate effect.”

He had said that a mere Google search would have helped to know that ‘Late Arun Jaitley’s tenure at DDCA was riddled with corruption.’ “You being a lawyer should also know the cases of massive misappropriation of funds are still pending in courts. Late Arun Jaitley I’m told was an able politician. So it’s the parliament & not a cricket stadium which needs to remember him for posterity,” Bedi had told Rohan Jaitley in his email.

As for Sourav Ganguly, he had triggered fresh speculations on joining the BJP after he turned up at the Raj Bhawan in Kolkata to meet the Governor, who’s a BJP appointee.