The Gujarat Police on Saturday arrested four Muslims for allegedly spreading false information about the health of Home Minister Amit Shah. The four arrested have been identified as 40-year-old Sarfaraz Memon, 48-year-old Firozkhan Pathan, 56-year-old Sajjadali Nayani and Siraj Hussain Virani whoseMemon and Pathan are the residents of Ahmedabad, the remaining two hails from Bhavnagar. The development came soon after Shah issued an extraordinary statement about his health. 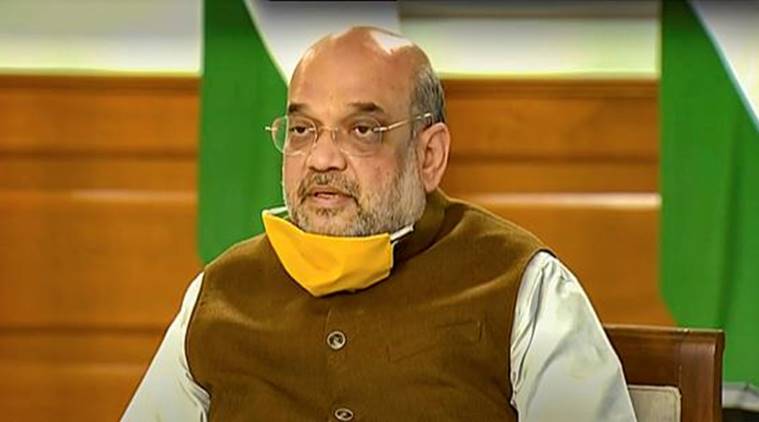 In a long statement shared on Twitter, Shah said that he was ‘completely healthy’ and was not suffering from any illness as claimed by many social media users. He said, “Some of my friends have spread imaginary tales related to my poor health in the last few days. Some people have even prayed for my death.”

Shah said that he had been busy discharging his duties as the country’s home ministry during the coronavirus crisis gripping the nation, adding that he did not have time to pay attention to the rumours floating on social media. “However, when this was brought to my notice, I decided to let everyone enjoy their imaginary thoughts. Hence, no explanation from my side.”

Addressing his ‘well-wishers,’ Shah said, “I am completely healthy and I am not suffering from any disease.”

Shah concluded his statement by saying that he thanked those ‘who have spread the rumours and want to say that I have no ill-feeling for them.’

Earlier, BJP MP Varun Gandhi had slammed social media users for spreading rumours on Shah’s health with many claiming that he was suffering from cancer. Some users had taken a screenshot of Shah from his recent meeting with Prime Minister Narendra Modi to claim that he was looking unusually weak. Varun had said that his leader will be around ‘for many more victories to come.’