The Indian government on Wednesday reacted angrily to Twitter’s decision to snub its diktat directing the microblogging site to ban hundreds of accounts related to ongoing farmers’ protests. A brief statement by the Ministry of Electronics and IT said that the government will respond ‘soon.’ 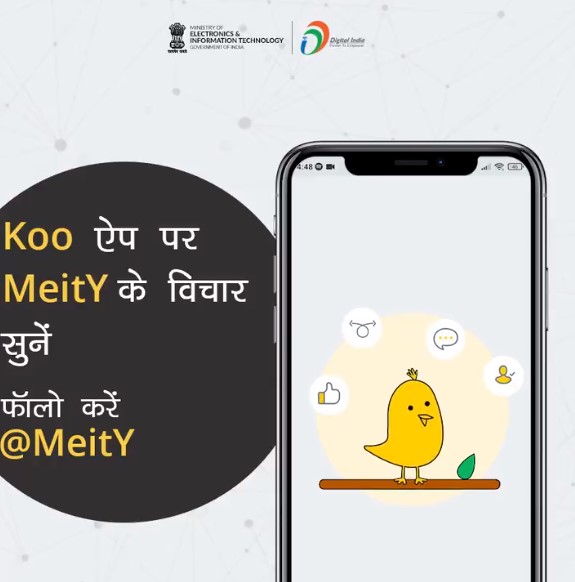 This was after Twitter issued a detailed blog explaining why it had refused to comply with the government’s order on banning hundreds of accounts owned by journalists, activists and politicians. “In keeping with our principles of defending protected speech and freedom of expression, we have not taken any action on accounts that consist of news media entities, journalists, activists, and politicians,” Twitter said.

Reacting to Twitter’s extraordinary blog, the Ministry of Electronics and IT took to Koo App, which it’s promoting to counter the American social media platform. Soon, it reproduced the same response on Twitter. The response by the MeitY read, “Upon the request of Twitter seeking a meeting with the Govt., the Secretary IT was to engage with senior management of Twitter. In this light a blog post published prior to this engagement is unusual. Govt. will share its response soon.”

The Narendra Modi government is actively trying to promote Koo App to counter the influence of Twitter in India, but there does not seem to be many takers for the indigenous platform, which many say is similar to Twitter.

The MeitY took to Twitter to promote Koo App on Wednesday as it urged people to download the App.

The government of India had recently directed Twitter to ban hundreds of Twitter accounts saying that they belonged to Khalistani and Pakistani users, who were allegedly spreading misinformation on the farmers’ protests.