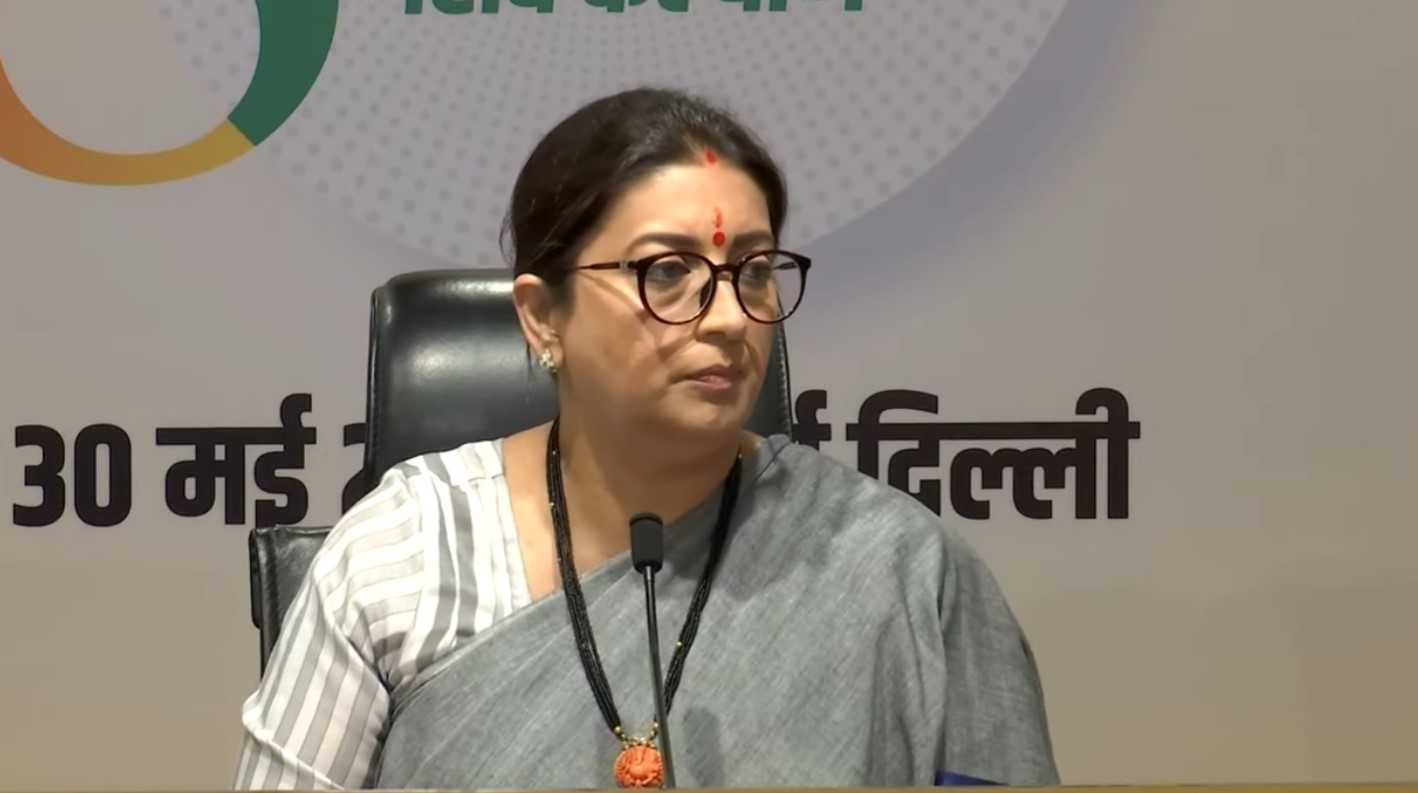 Irani asked Kejriwal, “Satyendar Jain himself admitted that money laundering of Rs 16.39 crore was done through hawala transaction. Kejriwal ji, should such a person continue to be a minister in your government even today?”

Addressing the media, Irani continued, “Is it true that the Principal Commissioner of Income Tax rejected that the true owners of Rs 16.39 crores were neither Ankush Jain nor Vaibhav Jain but Satyendar Jain himself was the owner of this black money?”

Irani asked if it was not true that Jain’s companies had proposed that tax should be imposed on the money laundering income of Rs 16.39 crore.

The Enforcement Directorate had last week arrested Jain in a money laundering case. Jain was later sent to custody till 9 June.

Irani asked Kejriwal, “Kejriwal ji, is it true that through this black money, Satyendar Jain bought 200 bighas of land in many areas of Delhi?”

Kejriwal, for his part, has defended his minister saying that he will be acquitted of all charges soon.

Elsewhere, Kejriwal has been facing public ridicule after two health ministers from AAP-ruled governments in Punjab and Delhi were arrested on corruption charges within a week. Days after Punjab Health Minister Vijay Singla was arrested by the anti-corruption body, the Enforcement Directorate arrested Delhi Health Minister Satyendar Jain.