Madhya Pradesh Chief Minister Shivraj Singh Chouhan is facing widespread condemnation for his inhuman act after his administration demolished a house belonging to one Wasim Shaikh. Shaikh was accused of pelting stones on a Hindu procession recently.  However, as Chouhan’s ‘stone-pelter’ had his hands amputated in 2005. 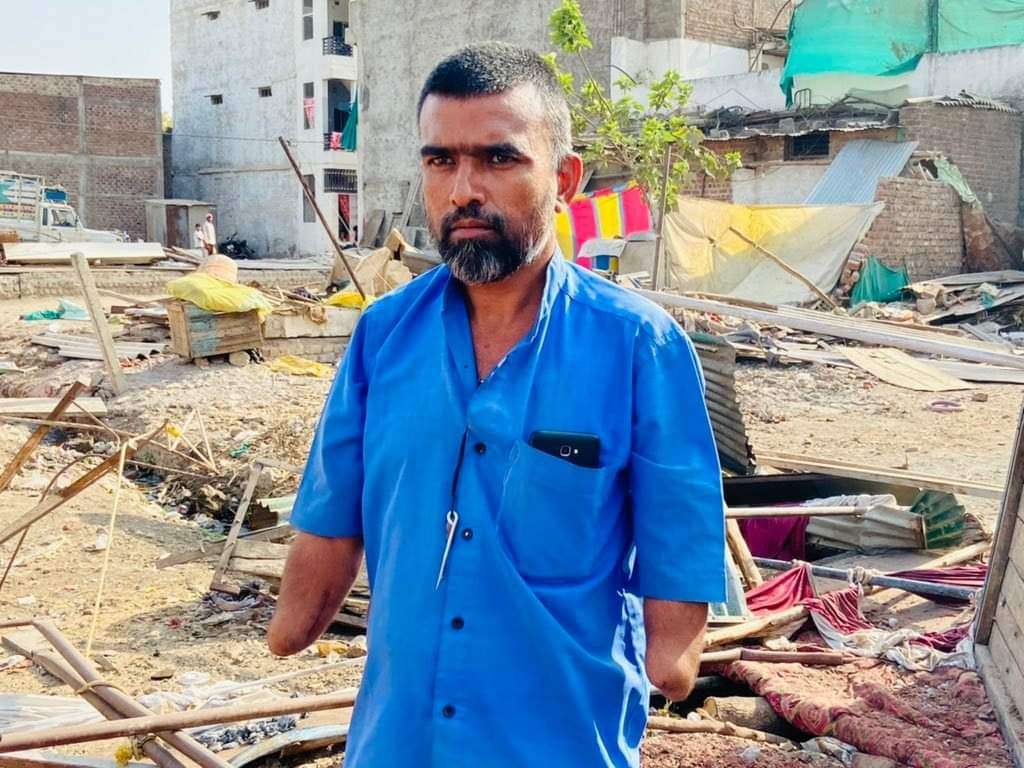 Chouhan has been flaunting his inhuman act of demolishing houses and shops belonging to Muslims in Khargone area of Madhya Pradesh after the region witnessed communal riots. The state’s BJP administration, which has been facing criticism for its selective action against Muslims, moved with lightning speed to demolish houses and shops belonging to Muslims.

According to journalist Kashif Kakvi, Wasim Shaikh was one of those unfortunate Muslims, who faced the brutality committed by the Shivraj Singh Chouhan government. Kakvi shared the photo of Shaikh and wrote, “#KhargoneRiot Terming him a “stone pelter”, a gumti (shop) of Wasim Shaikh was razed by
@CollecterK on April 11. Shaikh’s hand were amputated in 2005 after he sustained injuries from electric current. Father of two, Shaik has a family of 5 to feed. Yet, admin razed his shop.”

Terming him a "stone pelter", a gumti (shop) of Wasim Shaikh was razed by @CollecterK on April 11.

Shaikh's hand were amputated in 2005 after he sustained injuries from electric current.

Father of two, Shaik has a family of 5 to feed. Yet, admin razed his shop. pic.twitter.com/zmDS5xPwM4

Reacting to the BJP government’s brutality, AIMIM chief Asaduddin Owaisi wrote,, “BJP’s Hindutva ideology has no place for humanity. It’s the State Government’s arms of Law that have been amputated. It feels powerful after making poor people poorer & homeless. It has an obsession with giving extrajudicial collective punishment to the Muslim community.”

Wasim said that he had two children and a family to feed but the government’s barbaric act had left him in a state of despair. “How can I be a stone pelter when I have to depend on others to be fed,” he said.

His Gumti (Shop) at Chota Mohan Talkies was razed by the district admin on April 11 by branding him as "stone pelter and rioter" a day after riot + @newsclickin pic.twitter.com/4J8YvlEy7O

Meanwhile, one person has been killed in the Khargone riot. He’s been identified as Ibris Khan alias Saddam. Khan had gone missing on 10 April. His family claimed that Khan was last seen at the Kotwali Police Station.