Kashmiri IAS topper Shah Faesal’s comments that he was ‘shamelessly, helplessly and unapologetically pro-India’ have left netizens confused as they detected a glaring inconsistency in his stance on the matter in the last couple of years. 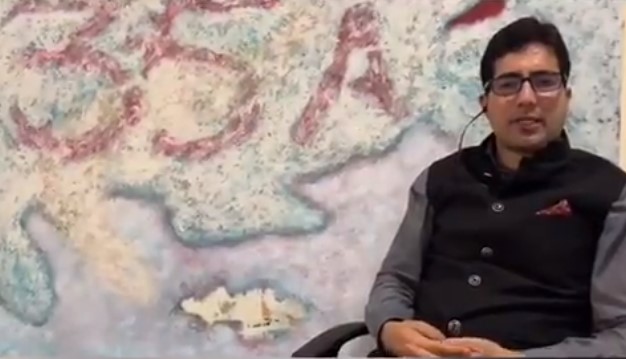 Taking to Twitter, Faesal wrote, “Friends let’s sort it out for once. I have always been pro-India. But now I am single-mindedly, shamelessly, helplessly and unapologetically pro-India. I stick to my side. It is a long story and I have to tell this story one day. But this is how it is going to be. Peace.”

Faesal’s tweet evoked strong reactions from both the right-wing brigade and those crtitical of the BJP government. One user wrote, “Shah Faesal is not ok. Let him be. Move on with our lives.” Journalist Prashant Kanojia wrote, “Once again I repeat Shah Faesal is an integral part of RSS ecosystem and stooge of 21st century in Kashmir.” Nupur J Sharma, the editor of pro-RSS propaganda website, wrote, “No. You were not always pro-India. And nobody is buying this sudden change of heart.”

Faesal had to spend a long time in detention after he was arrested from the Delhi airport in the aftermath of the abrogation of Article 370. After his release, not only did he disband his political outfit, Jammu & Kashmir People’s Movement, but he also began to desperately prove his support for the Indian government.

In one of his recent tweets, Faesal had praised Narendra Modi for leading from the front by getting himself vaccinated for COVID-19. He had written, “Article 51A of the Constitution expects all Indians to develop scientific temper and it is one of our fundamental duties to have faith in what scientists are telling. By taking the vaccine PM @narendramodi
has done his duty. It is now our turn to follow.”

Faesal, who became the first Kashmiri to top the civil services exams in 2009, was reportedly flying to Istanbul when he was stopped at the Delhi’s Indira Gandhi International Airport in August last year.

Faesal’s detention by the Indian authorities had taken place just a day after he appeared on BBC Hardtalk programme, where he had said, “I am not going to be a stooge (of India). I think one clarity which this step (abrogation of Article 370) has brought onto all of us is that those people who believed that India will not betray this generation of Kashmiris..This new phase of insult which began on 5 August 2019, has given the taste of betrayal of my generation.”

He had also said that India murdered the democracy in Kashmir. The former civil servant had also formed a political outfit, known as Jammu and Kashmir Peoples Movement party.