Scientist Shahid Jameel has resigned as Chief Advisor to Centre’s COVID genome surveillance project days after criticising the Narendra Modi government’s handling of the pandemic in an opinion piece that he wrote for the The New York Times. 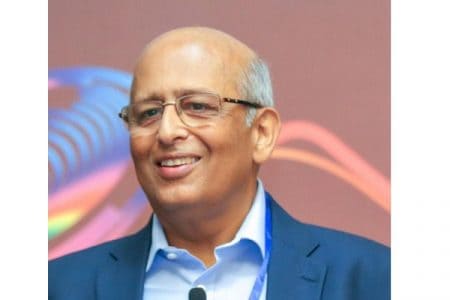 News agency Reuters quoted Jameel as saying, “It’s correct and I shall have nothing more to say.” Jameel, who chaired the scientific advisory group of the Indian SARS-CoV-2 Genomics Consortium (INSACOG) set up in December last year, added that he was not obliged to give a reason for his quitting.

The noted virologist had written a scathing opinion piece in The New York Times on 13 May criticising the Modi government for its handling of the pandemic. He had alleged that scientists in India were ‘facing stubborn resistance to evidence-based policymaking’ from the government.

“Decision-making based on data is yet another casualty, as the pandemic in India has spun out of control. The human cost we are enduring will leave a permanent scar,” Jameel had written.

Jameel had also blamed the Indian government for foolishly declaring the victory over the pandemic even when the second wave of coronavirus was begging to make its presence felt in parts of India. “..By mid-March only 15 million doses had been delivered, covering a mere 1 percent of India’s population. The vaccination drive was hobbled by messages from Indian leadership that the country had conquered the virus.”

The famous virologist had also said that India simply could not ‘allow the pace of vaccinations to slow.’ “It must vaccinate at scale now, aiming to deliver 7.5 million to 10 million doses every day. This will require enhancing vaccine supplies and doubling delivery points,” he had written.

Meanwhile, a video of India’s Deputy Permanent Representative to the UN Ambassador K Nagaraj Naidu has gone viral, leaving the Indian government more red-faced. In the video, the Indian envoy was seen flaunting how India exported more vaccines to other countries than the country vaccinated its own people.