Netizens are raising questions on the Supreme Court’s Ayodhya verdict after it emerged that the Ram temple trust in Ayodhya had desperately sought help from the IIT to suggest better models for the foundation of the temple since a stream of the Sarayu river was found underneath. 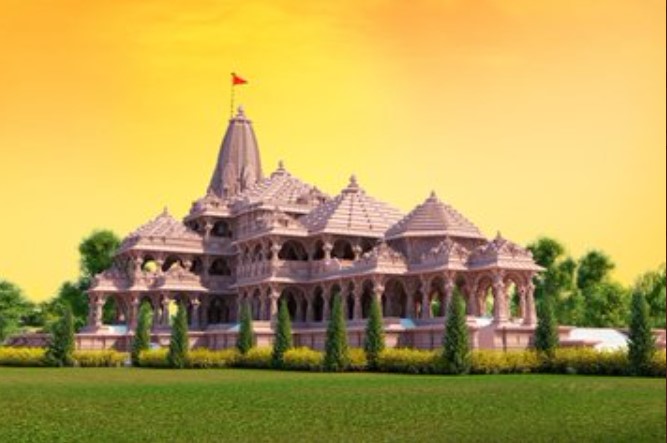 According to news agency PTI, Nripendra Misra, the former principal secretary to Prime Minister Narendra Modi, presided a meeting in Ayodhya on Tuesday on the matter. The discovery of a stream of the Saryu river underneath the site of the planned Ram Temple has made the construction of the existing model for the foundation of the temple unfeasible.

The temple is scheduled to be constructed by 2023 but the new discovery has posed serious problems to the Trust responsible for its construction. The Trust is now considering using vibro stone columns to support rafts on which stones can be placed or improving the quality and grip of soil by adding engineering mix to it, reported PTI quoting sources.
Meanwhile, netizens have begun asking the Supreme Court if it will revisit its Ayodhya verdict of last year.

So Sarayu river stream is found underneath Ram Mandir foundation, by necessary corollary, Ram wasn’t born in a river stream but someplace else.

Where does that leave the SC judgment ? The one w/o the names of judges? W/o ownership ?

One more proof that this is the birth place of Lord Rama as it is a *well known fact* that queens during that era gave birth to their offspring in the middle of a river. pic.twitter.com/Hqg4HXx8DQ

The Supreme Court last year had ruled that the disputed land in Ayodhya will be given to Hindus while Muslims will be given an alternative site to build a mosque. The dispute was over the 2.77 acres of land in Ayodhya where the Babri Masjid existed until 6 December 1992, when fanatics led by BJP leaders brought down the 16th-century heritage site. This had led to countrywide violence and the killing of hundreds of people, mostly Muslims.