Supreme Court lawyer Dushyant Dave on Wednesday made explosive arguments while appearing for Prashant Bhushan in the contempt case. He raised the issue of widespread perception about the lack of integrity of the judiciary under certain judges including the former Chief Justice of India, Ranjan Gogoi. Dave drew the court’s attention to several high-profile politically sensitive judgments where the judiciary had seemingly let itself down. Referring to Gogoi, he asked what impression the former CJI had created for the judiciary by accepting a Rajya Sabha nomination and Z plus security cover after his judgments favoured the central government in several cases such as Rafale, Ayodhya and the CBI. 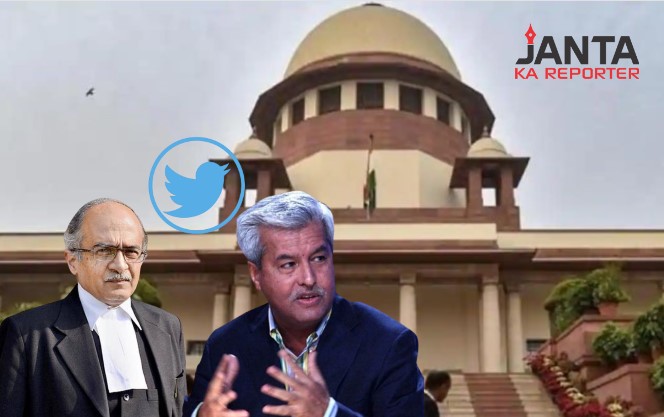 Dave told the Supreme Court bench comprising Justices Arun Mishra, BR Gavai and Krishna Murari, “You get Rajya Sabha seat and Z plus security.. What impression does it give.. Rafale judgment, Ayodhya judgment, CBI judgment. You give these judgments and have these benefits. These are all serious issues that strike at the core of the judiciary.”

Dave: You get Rajya Sabha seat and Z plus security..
What impression does it give.. Rafale judgement, #Ayodhya judgement, CBI judgement.
You give these judgements and have these benefits. These are all serious issues that strike at the core of the judiciary.#RanjanGogoi

Dave said that he was talking about politically sensitive cases, adding that he could list out ’50 cases.’

Dave reminded the bench about its responsibility to the country’s 130 crore population. He said, “You are the parents of 130 crore Indians. We know politicians in our country. It’s up to the Supreme Court to uphold the rights of citizens.”

Dave concluded his argument by saying that Prashant Bhushan did not commit contempt as he made it clear that this was probably the last time he’s appearing before this Bench.

During his argument, Dave had also reminded the Supreme Court Bench of the immense contribution to the Indian judiciary made by Bhushan. The top court reserved the order after concluding the hearing.

The Supreme Court bench comprising Justices Arun Mishra, BR Gavai and Krishna Murari last month had initiated a suo motu contempt proceedings against Bhushan for his two tweets raising questions on the integrity of the judiciary by highlighting the conduct of previous four CJIs. In another tweet posted on 29 June, Bhushan had targeted CJI SA Bobde for riding a Harley Davidson bike in Nagpur without wearing a mask.