Prime Minister Narendra Modi on Saturday made a desperate appeal to Hindu seers respectfully urging them to observe the Kumbh Mela in a symbolic manner. His appeal came a day after a top Hindu seer died of COVID-19 while 68 other top seers tested positive for the same virus. 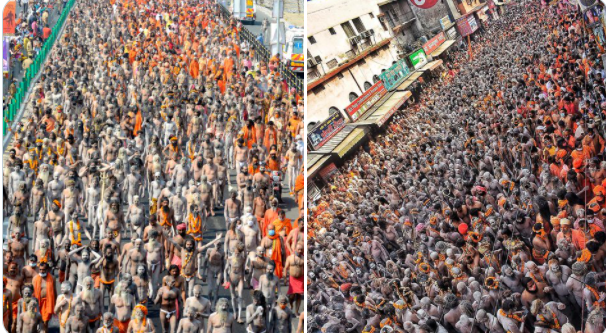 In a series of tweets posted in Hindi, Modi wrote, “Spoke to Acharya Mahamandleshwar Pujya Swami Avdheshanand Giri over the phone. Inquired about the health of all saints. All saints are cooperating with the administration. I also expressed my gratitude to the saint fraternity.”

He also respectfully appealed to Hindu seers asking them to symbolically celebrate the Kumbh festival. Modi, however, did not explain what he meant by symbolic attendance of the Kumbh Mela.

He wrote, “I’ve prayed that two Shahi Snan rituals have concluded and now the Kumbh should be observed symbolically due to the corona pandemic. This will give new energy to the fight against the pandemic.”

Modi and his party have had to face plenty of condemnation for not stopping the Kumbh Mela despite India facing a deadly new wave of the corona pandemic. Modi himself has been busy addressing election rallies where people have gathered in thousands without wearing masks.

Meanwhile, India has recorded more than two lakh daily cases, the highest since the pandemic began. Crematoriums across the country including in Modi’s constituency, Varanasi, have struggled to deal with the number of deads.

A top Hindu seer has died of COVID-19 after attending this year’s Kumbh Mela in Haridwar in Uttarakhand. The death of 65-year-old Mahamandaleshwar Kapil Dev Das had come amidst a report by Times of India claiming that that 68 other ‘top seers’ too had tested positive at the Kumbh Mela, which has earned widespread condemnation for acting as super-spreaders amidst an alarming rise in the COVID-19 cases across India.