Pakistan on Saturday pulled off a spectacular win against an impressive Afghanistan team, keeping their hopes to qualify for the semi-final alive. 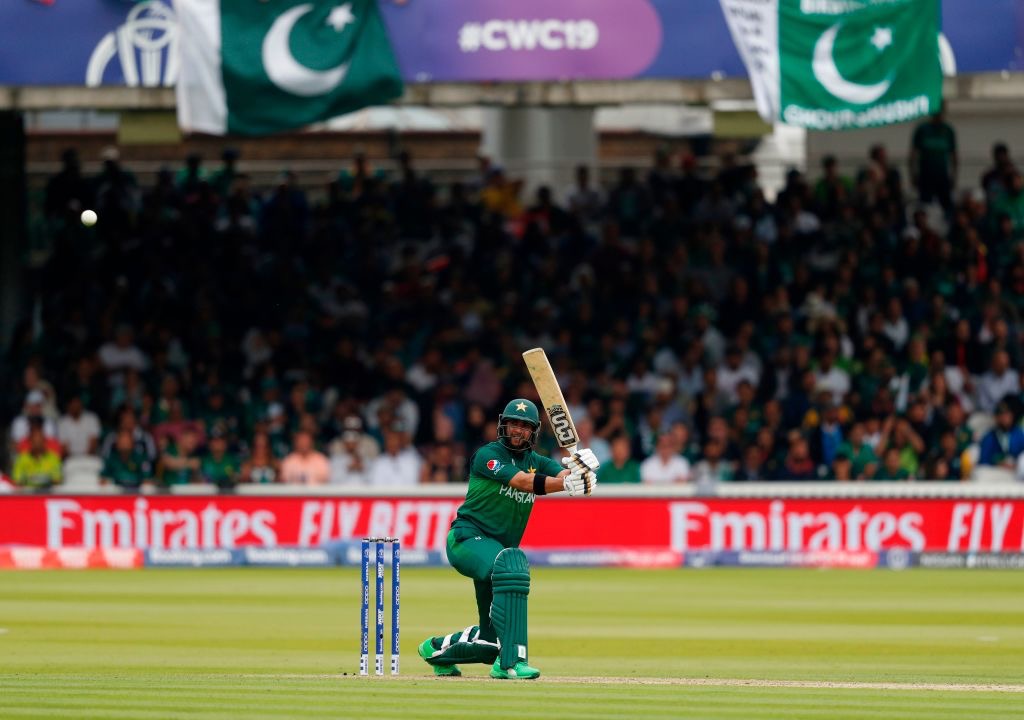 Pakistan were sailing with in-form Babar Azam and Haris Sohail batting comfortably reminiscent of their match-winning partnership against New Zealand.

However, both departed in quick succession by playing rash shots when there was no need for them to do so. But Pakistani innings collapsed further from 121-3 to 156-6 as Afghan spinners applied pressure.

But it was up to Imad Wasim and Wahab Riaz to pull off their best batting display to secure what looked like an impossible win at one point in the match. Imad remained unbeaten with his magnificent display of 49 as he scored the winning shot to the boundary.

Afghanistan’s Mohammad Nabi and Mujeeb were the chief tormentors for Pakistan as both finished with two wickets each. Skipper Gulbadin Naib will face huge scrutiny in days to come for his decision to bowl the last over even when he was incredibly expensive and spinners were doing a better job with the ball. He conceded 73 runs in 9.4 overs.

Earlier batting first, Afghanistan posted 227-9 thanks to a stubborn batting display by the middle order batsmen. Both Ashhar Afghan and Najibullah Zardan made 42 each.

Shaheen Afridi was very impressive with his bowling once again taking four wickets – including two in two balls.

With today’s win, Pakistan has gone above England in the points table by occupying the number fourth position.

Later, speaking about his match-winning knock, Imad said, “When I went in they were bowling brilliantly but I just hung in there. We wanted to bat out the 50 overs and see. Gulbadin was the only one who could be targeted, they have world-class spinners so we attacked him.

“Thank you to the crowd, it feels like home here. They gave us a boost in confidence. “Win our next game and we’ll see what happens. Now we believe we can win from anywhere.”