Bihar Chief Minister Nitish Kumar on Tuesday visited the Sri Krishna Medical College and Hospital (SKMCH) in Muzaffarpur, where 129 children have lost their lives due to the outbreak of Acute Encephalitis Syndrome. Kumar had to face angry protests from family members, who have lost their loved ones in the last 17 days. They greeted him with ‘Go Back Nitish Kumar’ slogans. 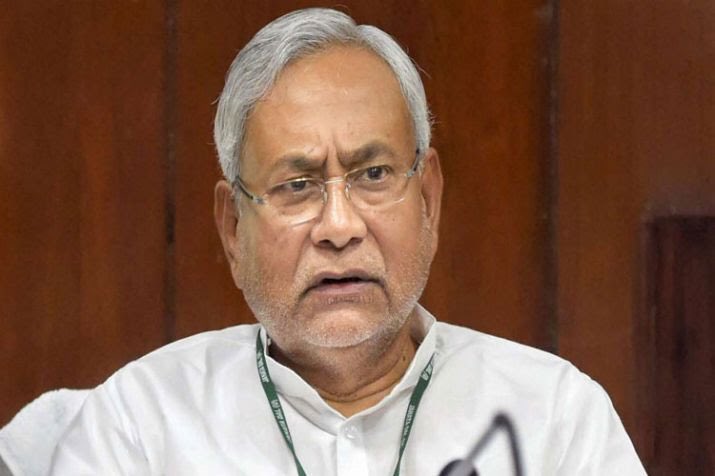 Kumar’s visit came on the 17th day since the outbreak was first reported. Union Home Minister Harsh Vardhan had visited the city over the weekend. During his visit to Muzaffarpur on Tuesday, Kumar held a review meeting with health department officials and spoke to doctors treating the patients.

Of the 129 deaths, 107 children have died at two hospitals in Muzaffarpur alone. They included 88 deaths reported from the SKMCH and 19 from a charitable Kejriwal Hospital.

#WATCH Locals hold protest outside Sri Krishna Medical College and Hospital in Muzaffarpur as Bihar CM Nitish Kumar is present at the hospital; Death toll due to Acute Encephalitis Syndrome (AES) is 108. pic.twitter.com/N1Bpn5liVr

Kumar has had to face mounting criticism even on social media, where many warned him that his departure may result in the arrival of Lalu Prasad Yadav’s RJD.

“Go back Nitish” should not trigger the ” come back Lalu”. Better to tighten your belt “Sushashan Babu”@NitishKumar @drharshvardhan #Muzaffarpur #encephalitis #PMOIndia https://t.co/tDbRM1G87N

I just heared that people are saying Nitish kumar Go back they are in anger i would like to request to u to talk with them and clear all the missunderstandings and take necessary steps in this crucial time @NitishKumar pic.twitter.com/tCzJoLlBzA

As a Bihari, I have one question for you @NitishKumar sir. Why do you need such importance and attention that you couldn’t visit Muzzafarpur in last 15 days?

You have time for Iftar, but do not have even one hour for such sensitive medical emergency. #GoBackNitish

Nitish Kumar and his health minister from the BJP have faced incessant criticism for their insensitivity. Kumar’s Health Minister Mangal Pandey was sharing photos of his party commitment in Delhi when more than 50 children had died in two hospitals of Muzaffarpur. On Sunday, when he accompanied Harsh Vardhan to visit Muzaffarpur, he was heard inquiring about the score of the India-Pakistan match during the press conference.