Bollywood actress Priyanka Chopra has become a topic of intense debate with the Quantico  star’s khaki outfit dominating social media conversations. This was after the actress was spotted making a unique style statement. 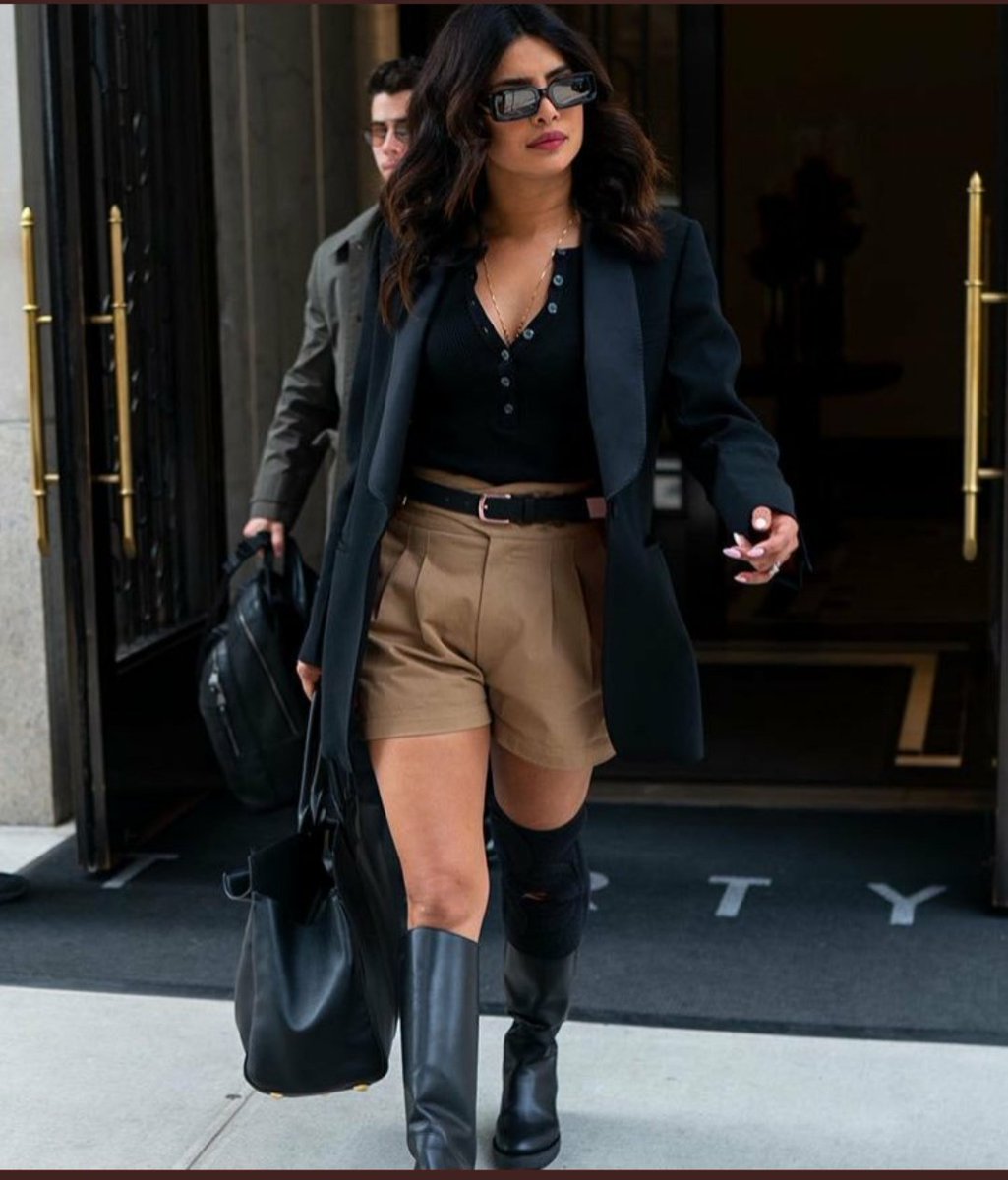 While leaving for Boston with husband Nick Jonas, Priyanka was seen wearing khaki  shorts, a plunging neck tee and a black blazer. The gumboots and sunnies in matching colour added the much-needed enhancement to her fashion statement. Never before has any celebrity pulled off khaki shorts in such style.

But Priyanka’s opened a floodgate of sorts on social media with Twitterati likening her shorts to the one worn by members of India’s right-wing organisation, the RSS. Many users were seen posting hilarious memes and jokes by asking if the famous Indian actress had officially joined the controversial Hindu organisation.

Pic 1: June 4th – “I would love to run for Prime Minister of India”

The RSS had junked its khaki shorts in favour of brown trousers in 2016. But khaki shorts continue to be linked with the Hindu body.

Priyanka was recently in the news after many took objection to the actress posing for the cameras in a saree without wearing a blouse. Days later, she had released a video stating that she was not sorry about the ‘saree’ without a blouse.

On the work front, Priyanka has recently wrapped up the shooting for The Sky is Pink, which also stars Farhan Akhtar.