The Election Commission of India on Wednesday heaped more embarrassment on itself after it announced the removal of Union Minister Anurag Thakur and BJP MP Parvesh Sahib Singh as the saffron party’s star campaigners. The EC, in its order, said, “Election Commission has ordered the removal of Sh. Anurag Thakur and Sh. Parvesh Sahib Singh from the list of star campaigners of Bhartiya Janta Party for the general elections to the Legislative Assembly of the NCT Delhi with immediate effect and until further orders.” 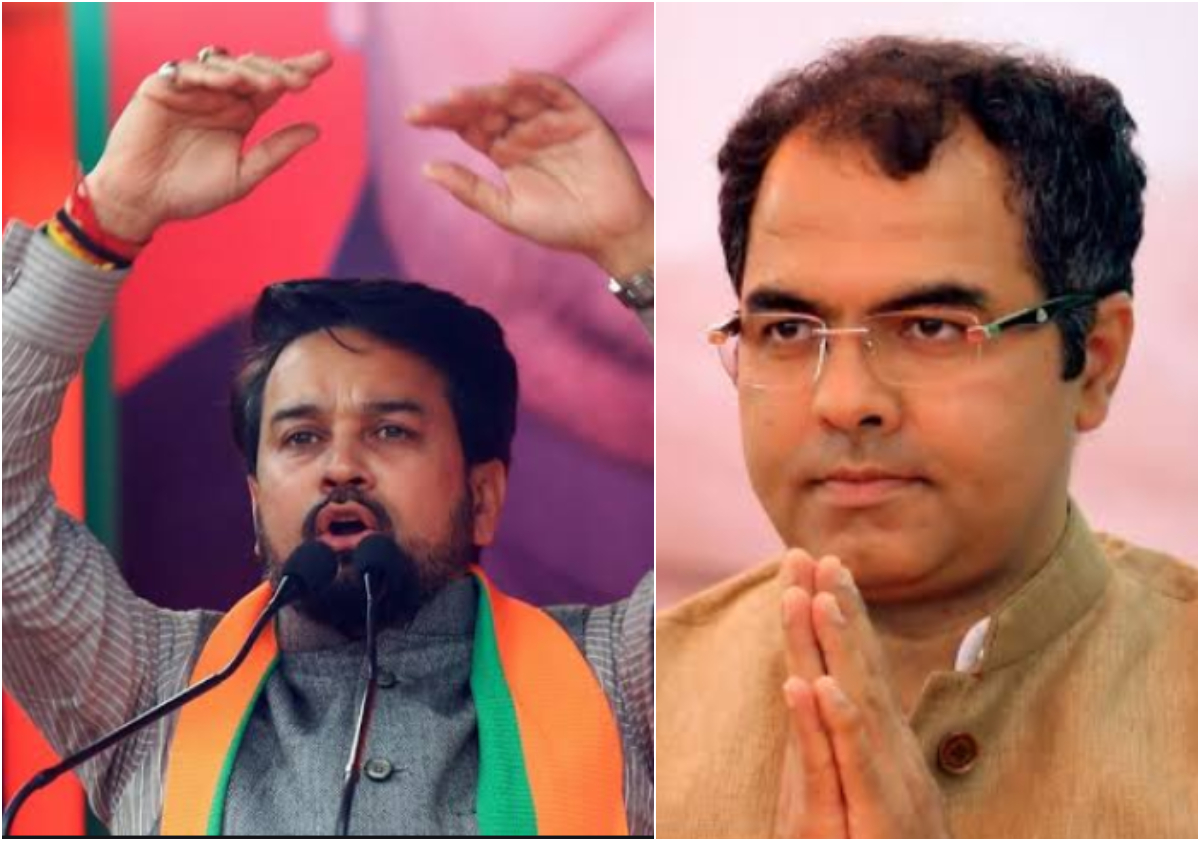 The EC, according to news agency ANI, also issued a notice to Parvesh Singh for prima facie violating Model Code of Conduct (MCC). The poll body has given him time till 12 noon on 30 January to provide an explanation.

Reacting to the ongoing protests in Delhi’s Shaheen Bagh, Parvesh Sahib Singh had told ANI, “Lakhs of people gather there (Shaheen Bagh). People of Delhi will have to think & take a decision. They’ll enter your houses, rape your sisters&daughters, kill them. There’s time today, Modi ji & Amit Shah won’t come to save you tomorrow…”

He had also said, “This is not just another election. It is an election to decide the unity of a nation. If the BJP comes to power on February 11, you will not find a single protester within an hour. And within a month, we will not spare a single mosque built on government land.”

The latest order by the Election Commission means that the two BJP leaders can still campaign for the party for the 8 February assembly polls. They have only been removed as the star campaigners for the gross poll code violations. This means that their poll expense will have to be accounted for if they choose to campaign for the saffron party.

As for Thakur, he was seen calling for the shooting down of traitors. The slogan, Goli Maaro Saalon Ko, Desh Ke Gaddaron Ko (Shoot down the traitors) was being repeated by BJP supporters after Thakur was seen leading the chant.

The slogan Goli Maaro Saalon Ko was first coined by BJP leader Kapil Mishra for those protesting against the controversial Citizenship (Amendment) Act. However, no action was taken against Mishra, when he led the mob chanting the same slogans on a Delhi street. Mishra is the BJP’s candidate from Model Town in this year’s Delhi assembly polls.

The credibility of the Indian Election Commission has always been under scrutiny. The latest order has further eroded its credibility as a neutral constitutional body.