In an extraordinary development, at least two videos of ‘army jawans’ extending their support to protesting farmers with uncomfortable questions for the Indian government have left netizens alarmed. Concerned citizens have urged PM Modi to take note of the growing unrest among Indian soldiers over disdain shown to farmers near the Delhi border. 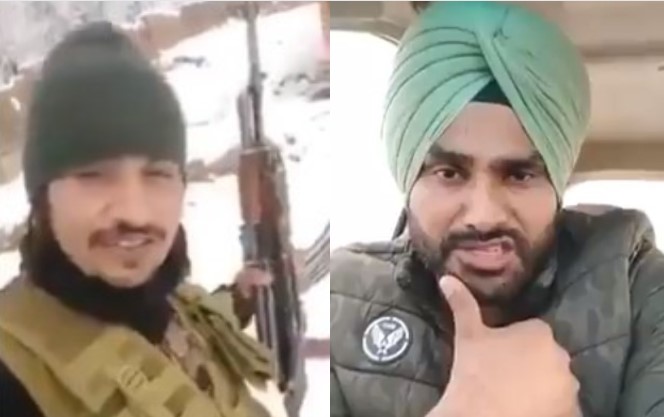 In one video, a jawan wielding an automatic rifle near the border is seen addressing the prime minister as he says, “If I can survive in -10 degree temperature at the Pakistan border and kill my enemies like pieces of grass, what can I do for my family members are sitting at the Delhi morder. Think about it Modi sahab.”

In another video, shared by senior journalist Om Thanvi, a man claiming to be an armed forces personnel, is heard addressing PM Modi saying that he had recently served the China border. “When I was serving at the China border, I was the biggest patriot. Now when I am standing at the Delhi border, then I have become the biggest anti-national. I have become a terrorist and Khalistani. This is how your Godi media addressing us these days…You’ve set jawans’ houses on fire Modi sahab. If the same jawans, farmers’ children, leave the border to come and support their family members here, will you bring the army from China to fight Pakistan.”

Not too long ago, a photo of a man claiming to be a soldier of the Indian army from the protest site had gone viral. The man in the viral photo was holding a placard that read, “My father is a farmer. If he is a terrorist then I am also a terrorist.” 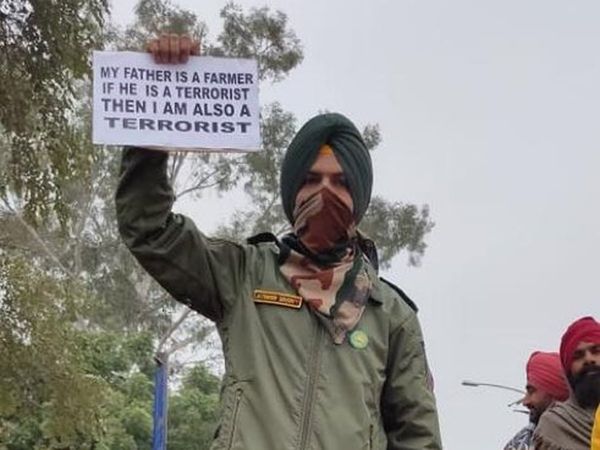 Tens of thousands of farmers are protesting at borders near Delhi against the three Farm Laws demanding their immediate withdrawal by the Indian government.