Industrialist Naveen Jindal has issued an extraordinary message to his supporters after the Congress announced Nirmal Singh from Kurukshetra as its candidate for this year’s Lok Sabha polls. In 2014, Jindal had unsuccessfully contested from this seat despite having won from here in 2004 and 2009 by huge margins. 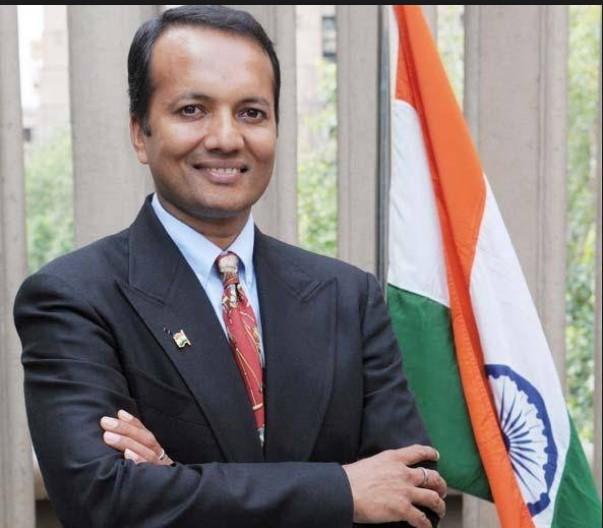 Soon after the Congress released its list for Haryana, Jindal took to Twitter to extend his support to Singh on Twitter. He wrote, “Congratulations and best wishes dear @bbhavyabishnoi on being chosen as the @INCIndia candidate from Hisar. I am sure people of Hisar will show faith in your leadership. We will all work together to ensure your victory.”

Congratulations and best wishes dear @bbhavyabishnoi on being chosen as the @INCIndia candidate from Hisar. I am sure people of Hisar will show faith in your leadership. We will all work together to ensure your victory. @bishnoikuldeep @bishnoi_renuka

He did not stop here. Jindal also issued a separate appeal to his supporters urging them to rally behind Singh. It read, “Nirmal Singh Ji is a very senior and experienced leader , he is a good choice to represent the people of Kurukshetra in Parliament. I request all of you to please consider his candidature as if ‘Naveen Jindal’ is contesting and support the party. I am very happy with this decision and will support him fully.”

According to the list announced by the Congress, former Haryana Chief Minister Bhupinder Singh Hooda will contest from Sonipat, while Kuldeep Sharma is the party’s candidate from Karnal. Hooda’s son Deepinder Singh Hooda is the Congress nominee for the adjoining Rohtak seat, the traditional stronghold of the Hooda family. The party has also fielded Bhavya Bishnoi, son of former MP Kuldeep Bishnoi from Hisar. He will up against current MP Dushyant Chautala of the newly formed Jannayak Janata Party and former IAS officer and BJP candidate Bijender Singh, who is also the son of Union Minister Birender Singh.

The Congress had earlier announced former Union Minister Kumari Selja as its candidate for the Ambala seat and state Congress president Ashok Tanwar for the Sirsa Lok Sabha seat. 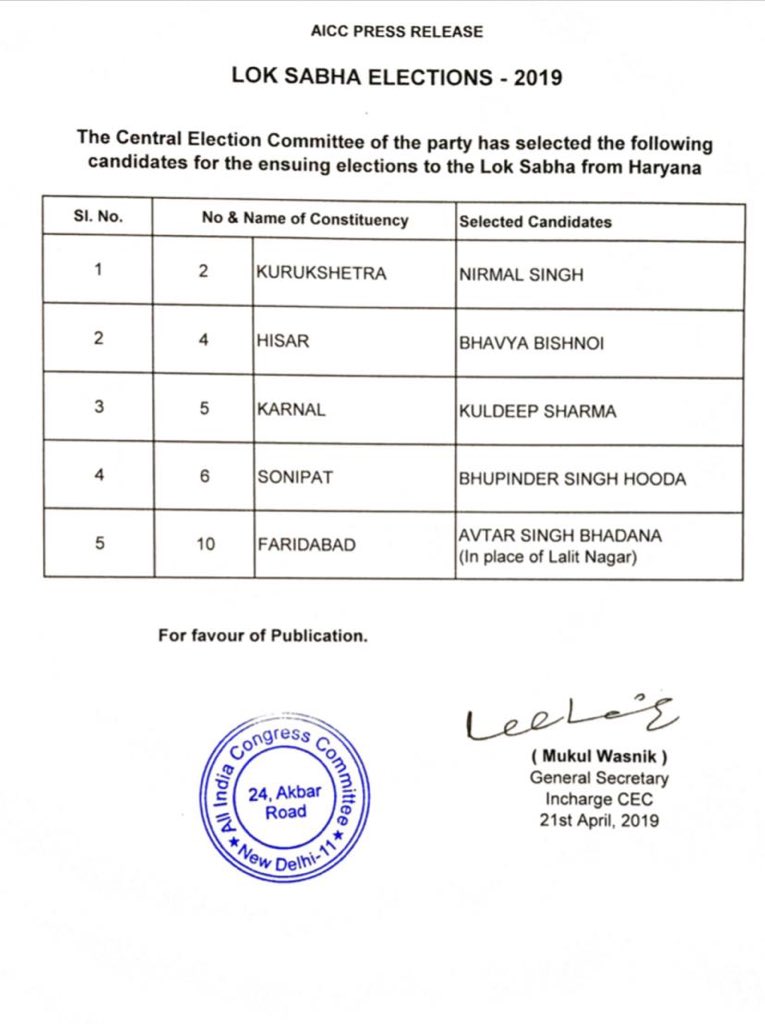 One of the reasons for the Congress to release its list for Haryana so late was its talks with the AAP over an alliance in Delhi. While the AAP insisted for a seat sharing arrangements in Haryana as well as Delhi, the Congress reportedly was keen to keep its electoral understanding confined to the national capital only. In 2014. the BJP had won seven seats, the INLD won two while the lone seat of Rohtak was won by the Congress.

All 10 Lok Sabha seats of Haryana will go to polls in a single phase on 12 May. The counting will take place on 23 May.