As many as 100 children have lost their lives in the last 16 days due to Acute Encephalitis Syndrome (AES). Even though Chief Minister Nitish Kumar has announced an ex-gratia of Rs 4 lakh each, the JDU-BJP government of the state led by him has come under considerable condemnation for alleged apathy and insensitivity. 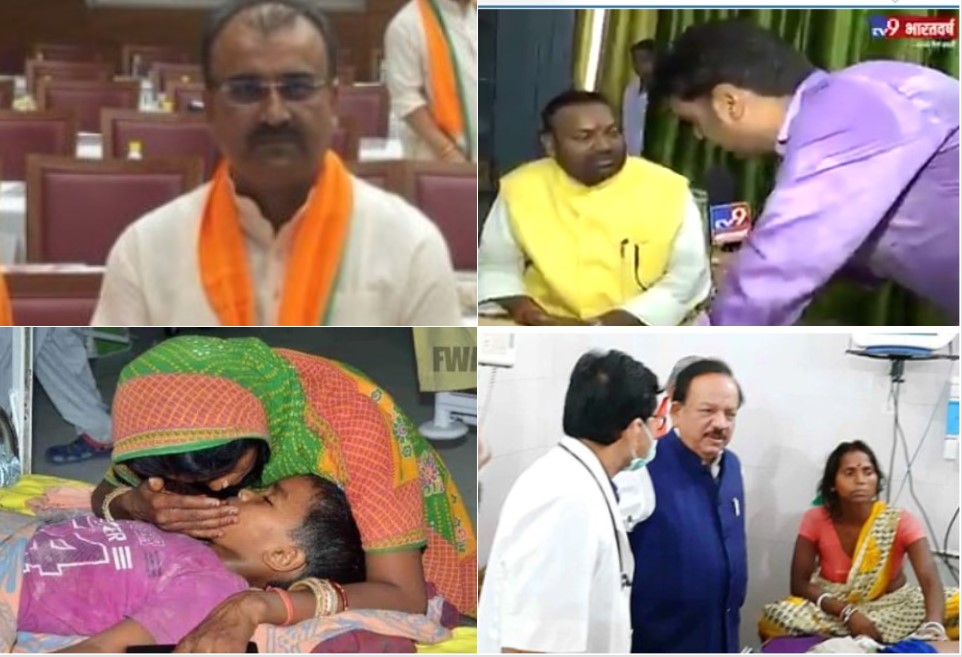 Many were incensed that it took 93 lives for Union Health Minister Harsh Vardhan to visit Muzaffarpur on the 15th day of the epidemic. Even when scores of children died every day, Bihar’s Health Minister Mangal Pandey was busy travelling to Delhi to discharge his ‘more pressing’ duties i.e. taking part in BJP’s national executive meeting. 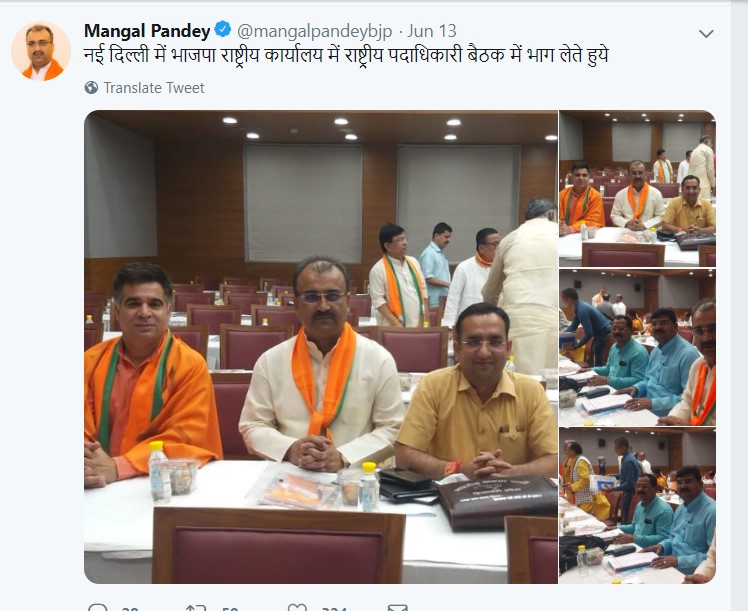 Pandey’s tweet came on a day when more than 50 parents had lost their little angels due to the killer disease and had not felt it suitable to visit Muzaffarpur, which is only 80 kms away from the state capital Patna. Pandey later visited Muzaffarpur, but not as a concerned minister but an aristocrat, whose arrival at the hospital led to blocking of an ambulance so that the minister’s convoy could pass smoothly without causing discomfort to him. (Watch the video below)

As expected, Pandey came under condemnation from journalists and social media users for his apathy and utter insensitivity.

Bizarre! This at a time when atleast 50 children have lost their lives due to encephalitis in his own state Bihar!

PS: He is the health minister, Bihar. ? https://t.co/sQvAEV3Gwi

An ambulance was stopped at SKMCH hospital in Muzzafarpur, #Bihar, to give way to the convoy of Health Minister Mangal Pandey

On Sunday, when the death toll was nearing 100, Union Health Minister Harsh Vardhan, himself a doctor, visited the affected hospitals. He was accompanied by junior health minister in Narendra Modi’s cabinet, Ashwini Chaubey (himself a Bihari), and Pandey. Meanwhile, Pandey had not forgotten to watch the India-Pakistan’s World Cup encounter as he promptly tweeted congratulating the Indian cricket team. 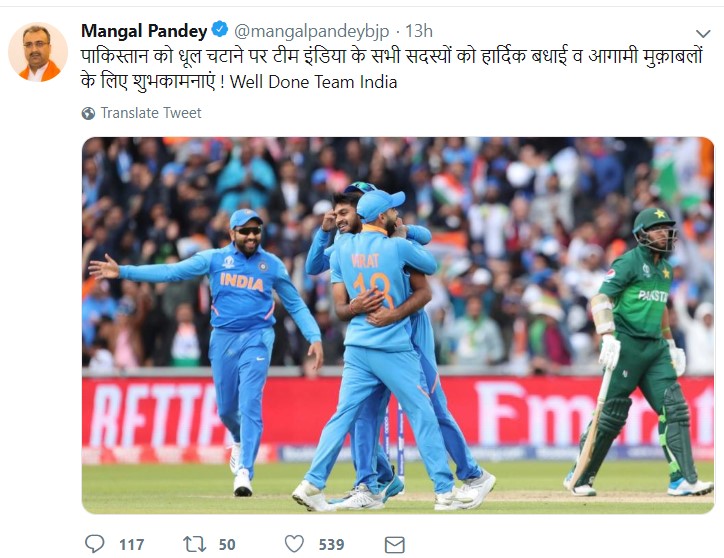 OMG ? kids are dying in Bihar and you are enjoying cricket Game. How come…?????

Glad that you are thrilled but, what exactly are you doing to tackle the encephalitis that has killed over a 100 kids? @NitishKumar health minister busy tweeting about cricket! https://t.co/ELX3rVq9r3

Later, news agency ANI posted a video of Pandey inquiring about the India-Pakistan score while on a visit to Muzaffarpur to take stock of the human tragedy.

Nitish Kumar has yet to visit the city. Meanwhile, a video of a BJP leader breaking hospital rules to enter the ICU with his shoes on has gone viral. The so-called BJP leader only removed his shoes after an intrepid reporter decided to shame him publicly.

The irony behind the latest insensitivity of the BJP-JDU government in Bihar is that the state gave them 39 out of 40 seats in last month’s parliamentary elections.