In a chilling video, a girl was murdered outside her college on Monday afternoon by a man, who’s now been arrested. The incident took place in Ballabhgarh in Faridabad. In the video, the man could be seen waiting for the girl near his car along with his friend. 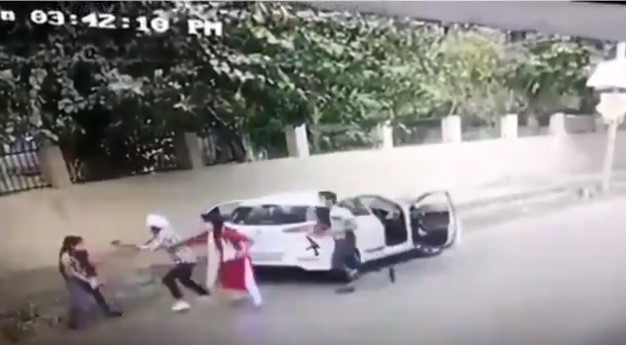 No sooner did the girl arrive, the man, identified as Tauseef, pounced on her, trying to drag her inside his car. Unable to drag the girl into his car, the man then fired at her from point-blank range and ran away in his car, leaving the victim in a pool of blood.

On 26th October, a 21-year-old girl was shot dead in broad daylight by two men outside the Aggarwal college in Ballabgarh, Faridabad. Rushed to the hospital, the victim was declared dead. Do you still think women are safe?#justice4Nikita pic.twitter.com/0pJXNqokfo

According to the Haryana Police, they have arrested both Tauseef and his accomplice, Rehan from Nuh in Haryana. A report by NDTV said that Tauseef, who knew the victim Nikita, had abducted her in 2018. The victim’s family had filed a police complaint but reportedly withdrew it later.

“We complained earlier in 2018 about Touseef harassing my daughter and we had withdrawn the complaint to protect our daughter’s name. Now they have killed my daughter,” the victim’s father was quoted by NDTV.