Mumbai Indians defeated Rajasthan Royals by seven wickets in an IPL match after successfully chasing the target of 171 runs. Quinton de Kock, who was the top scorer for Mumbai Indians, was declared Man Of The Match. 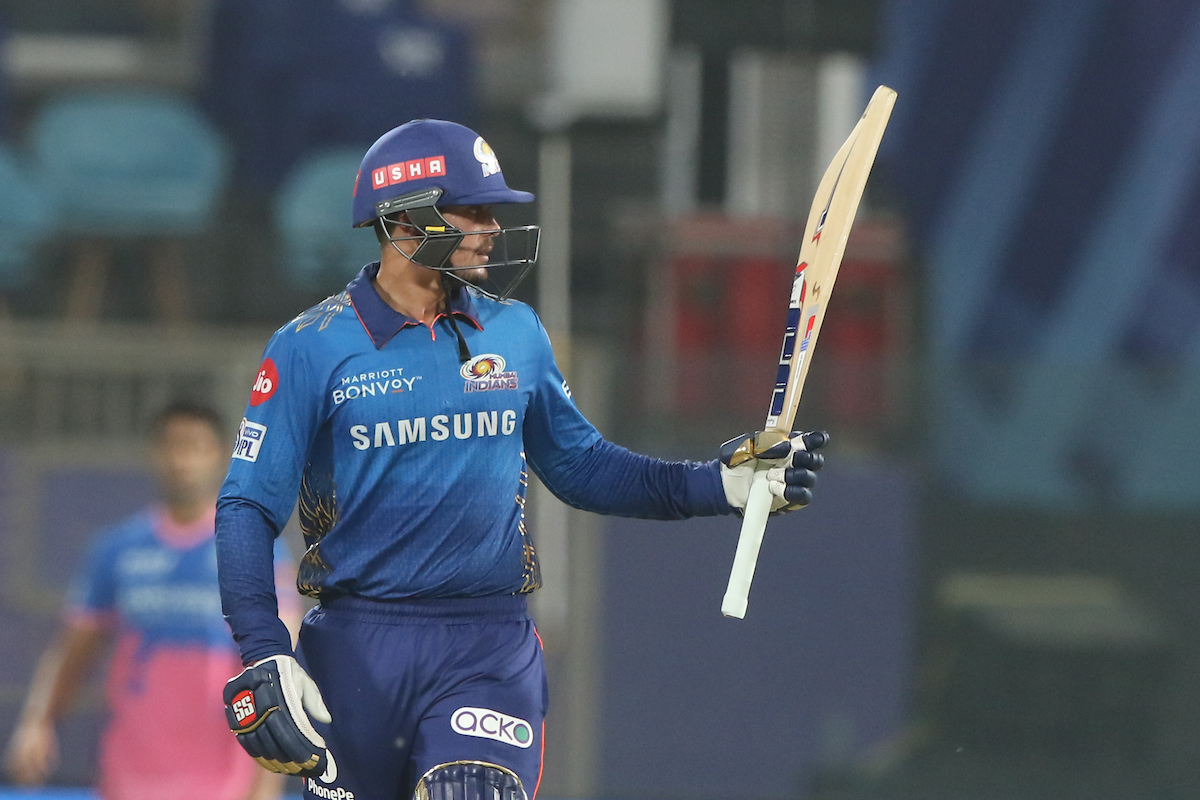 Batting first, Rajasthan Royals made 171-4 in 20 overs with Sanju Samson and Jos Buttler making 42 and 41 respectively.

But thanks to the heroic efforts by de Kock and Krunal Pandya’s quickfire 39 runs that Mumbai Indians were able to chase the target by losing just three wickets with nine balls to spare.

A dejected Samson said after the match, “We were a few runs short, 20-25 short. We built it up nicely and didn’t capitalise. I think they had a very decent bowling line-up, we also have a good bowling line-up. It’s just about our batters performing a little more and I’m sure we’ll do it. Till now our bowlers have done a good job. Our bowlers did well but it was a good wicket. It’s just about scoring more. The process to do that is to back ourselves and play some positive cricket.”

Rohit Sharma, for his part, said, “”We needed that win badly after a couple of losses. We did everything right today, right from ball one, and very clinical towards the end as well. Individuals took the responsibilities that were given to them, it was a collective effort. Guys were positive as they got to know we were going to Delhi, because it was a good pitch, not like Chennai.”