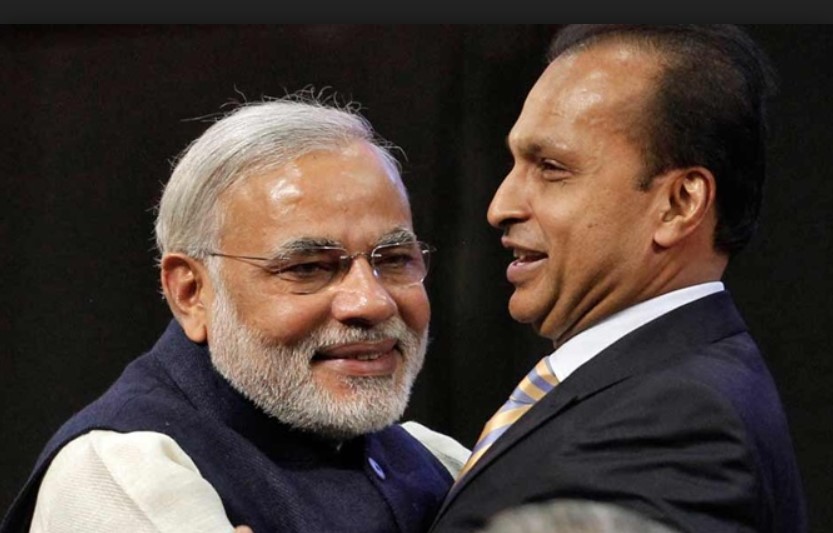 Gandhi said, “The brave are martyred. Their families struggle.40 Jawans give their lives but are denied the status of “Shaheed”. While this man has never given & only taken. He’s gifted 30,000Cr of their money & will live happily ever after. Welcome to Modi’s NEW INDIA.”

Gandhi has been giving grief to Modi for allegedly favouring his businessman friend Ambani by helping him become the Indian offset partner in the Rafale deal. According to fresh documents that surfaced recently, Modi was warned by his own bureaucrats in the ministry of defence to not carry out a parallel negotiation in the Rafale deal since his action had weakened the talks held by the Indian negotiating team and Dassault Aviation.

In another revelation, fresh documents had revealed how the Rafale deal signed by Modi was worse than the deal being struck by the Congress-led UPA regime in the past. A new report by The Hindu newspaper quoting confidential documents proved what Janta Ka Reporter had first highlighted more than a year ago when we first exposed corruption in the Rafale deal.

The Supreme Court on Wednesday told Ambani to either pay Rs 450 crore of dues to Ericsson or be prepared to go to jail for contempt of court. Ambani will have to spend a minimum period of four weeks in jail if he fails to clear the dues owed to the Swedish company.