Moments after Prime Minister Narendra Modi gave an extraordinary clean chit to China on its recent transgressions in Ladakh, Beijing has staked its claim on the Galwan Valley calling it Chinese territory. 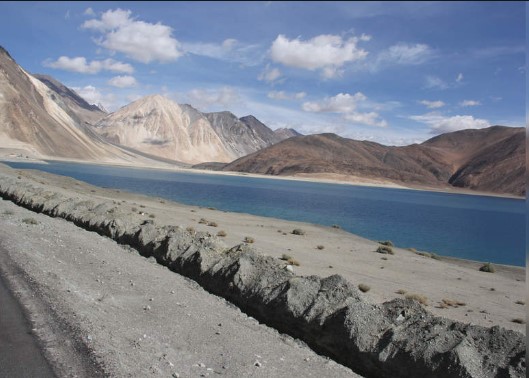 Foreign Ministry Spokesperson Zhao Lijian said in a statement that the Galwan Valley was ‘located on the Chinese side of the Line of Actual Control in the west section of the China-India boundary.’  Lijian said, “For many years, the Chinese border troops have been patrolling and on duty in this region. Since April this year, the Indian border troops have unilaterally and continuously built roads, bridges and other facilities at the LAC in the Galwan Valley. China has lodged representations and protests on multiple occasions but India has gone even further to cross the LAC and make provocations.”

China accused the Indian army of transgressions by crossing into what it claimed was its territory on 15 June. It blamed Indian forces for provocation leading to multiple casualties. “Shockingly, on the evening of June 15, India’s front-line troops, in violation of the agreement reached at the commander-level meeting, once again crossed the Line of Actual Control for deliberate provocation when the situation in the Galwan Valley was already easing, and even violently attacked the Chinese officers and soldiers who went there for negotiation, thus triggering fierce physical conflicts and causing casualties,” the statement said.

Many Indian news outlets including Janta Ka Reporter have been reporting for weeks about the presence of the Chinese army inside the Galwan Valley in eastern Ladakh. But the Indian government repeatedly denied the reports of Chinese occupation. Its publicity wing, the PIB, also issued a warning to journalists asking them to refrain from reporting on the Chinese occupation.

The government swung into action only after reports of largescale death of Indian soldiers emerged. Prime Minister Narendra Modi chaired an all-party meeting to discuss the China stand-off situation on Friday but stunned everyone by denying the transgressions made by the Chinese army even after the deaths of 20 Indian soldiers.

Modi’s extraordinary statement left the armed forces veterans stunned with many expressing their outrage publicly. Now, the statement by China declaring Galwan Valley its own territory will cause more embarrassment for the Modi government.