The Ministry of Home Affairs has allowed the ‘ to and fro’ movement of passengers from railway stations to homes on the basis of confirmed e-tickets during the nationwide lockdown period. The MHA also allowed the governments of various states and Union Territories to deploy public buses to transport migrant workers from railway stations by maintaining social distancing norms. 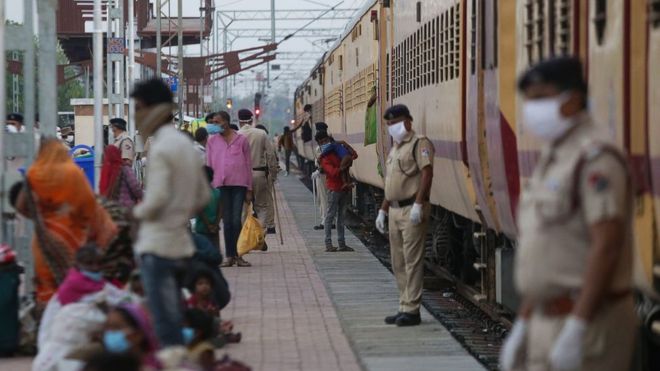 A statement by the MHA said, “Under the SOP, to and from movement of passengers from railway station to home has been allowed on the basis of confirmed e-tickets. Some of the State Governments have requested to allow special buses to ferry the passengers arriving by train to their home keeping in view restrictions placed on public/personal transport in various zones.”

Faced with growing condemnation, the central government headed by Prime Minister Narendra Modi recently announced running special trains to transport lakhs of stranded migrant workers from around the country. The government also added more trains on 15 more routes but the passengers are required to cough up the fares equivalent to that of Rajdhani Express.

Many migrant workers had alleged that they were left in a lurch after they arrived back in their respective states in the absence of the availability of public transport.