Vijai Sardesai of Goa Forward Party on Saturday lashed out at the BJP accusing the saffron party of betraying the coalition dharma. He said that by choosing to induct the four turncoat Congress MLAs in the Goa cabinet, the BJP had killed the legacy of former Chief Minister Manohar Parrikar, who died earlier this year of cancer. 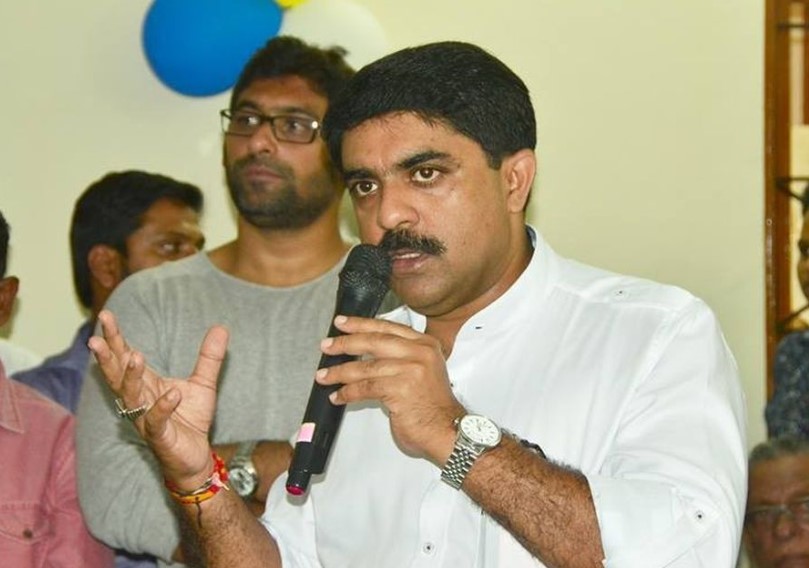 Sardesai said, “This party is a part of the NDA and we have been ditched.” “Today Parrikar has died twice. He died physically on 17 March and today it is the death of his political legacy,” Goa Forward Party chief added while announcing the withdrawal of support to the state’s BJP government.

The state’s Pramod Sawant’s government on Saturday announced the reshuffle in its cabinet by inducting four new ministers namely Michael Lobo, Chandrakant Kavlekar, Jennifer Monserratte and Philip Nery Rodrigues. All these four MLA barring Lobo had won on the Congress tickets in 2017 assembly polls but merged with the BJP on Wednesday along with six other legislators.

The Congress had emerged as the single largest party in the 2017 assembly elections in Goa. The BJP’s tally was reduced to just 13 in the 40-seat Goa assembly. Yet, the saffron party was able to form its government with the help of Sardesai, himself a former Congress member, who brought three MLAs from his own party and two independent lawmakers taking the BJP’s tally to well past the majority mark since the MGP’s three MLAs too had decided to support the government led by Manohar Parrikar.

With the induction of 10 out of 15 Congress MLAs in the state last week, the BJP’s strength had gone up to 27 in the 40-seat Goa assembly. Clearly, the saffron party decided that it no longer needed the Goa Forward Party’s support for the survival of its government and dropped Sardesai and his colleagues from the cabinet.