BJP MP and former Women and Child Development Minister Maneka Gandhi recently shared a cute photo of herself wearing a saree during the wedding of her parliamentarian son Varun Gandhi. The significance of that saree, according to her was that it was woven by by India’s first Prime Minister Pandit Jawaharlal Nehru when he served his time in jail during the British rule. 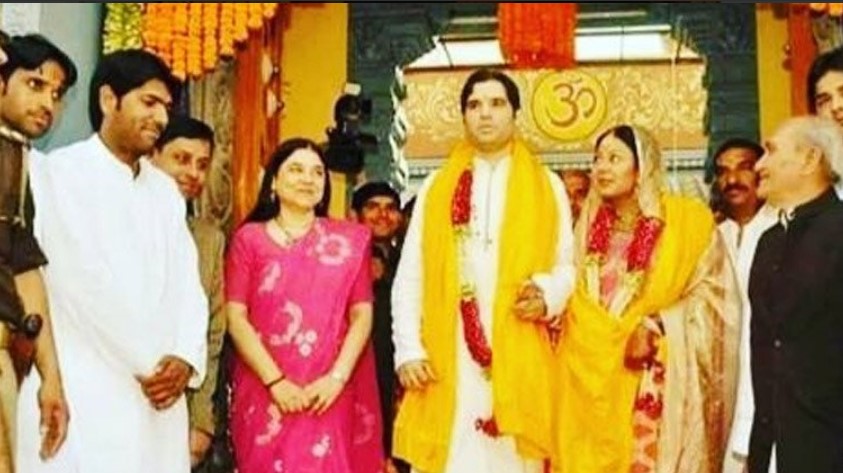 Taking to Twitter, Maneka Gandhi wrote, “The cotton saree that I’m wearing was woven by Pt. Nehru in jail and is now over 70 years old. I wore it on my son’s wedding in Benares. My daughter-in-law Yamini is wearing an antique saree which was given to me by my mother-in-law on my wedding day.”

She also informed that the saree worn by her daughter-in-law Yamini was gifted to her by former Prime Minister Indira Gandhi. However, for some unexplained reasons, Maneka Gandhi deleted the tweet later. 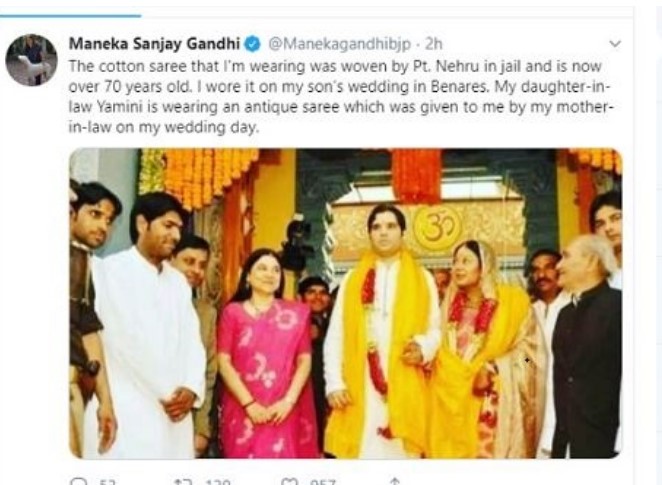 The tweet shared by Maneka Gandhi did not use the hashtag #SareeTwitter, which had trended for days on the microblogging site recently when women social media users flaunted their photos in the ethnic Indian attire.

Also joining the bandwagon was Maneka Gandhi’s niece and Congress General Secretary Priyanka Gandhi, who had written while sharing her 22-year-old photo, “”Morning puja on the day of my wedding (22 years ago!) #SareeTwitter.”

Both Maneka Gandhi and son Varun won their elections in this year’s Lok Sabha polls from Sultanpur and Pilibhit respectively.