The Kolkata Police on Friday carried out raids at two different places of former CBI Director including one company allegedly owned by the wife of M Nageshwar Rao, the former interim Director of the CBI. The company, allegedly owned by Rao’s wife, in question is Angela Mercantile Pvt Ltd at Salt Lake. 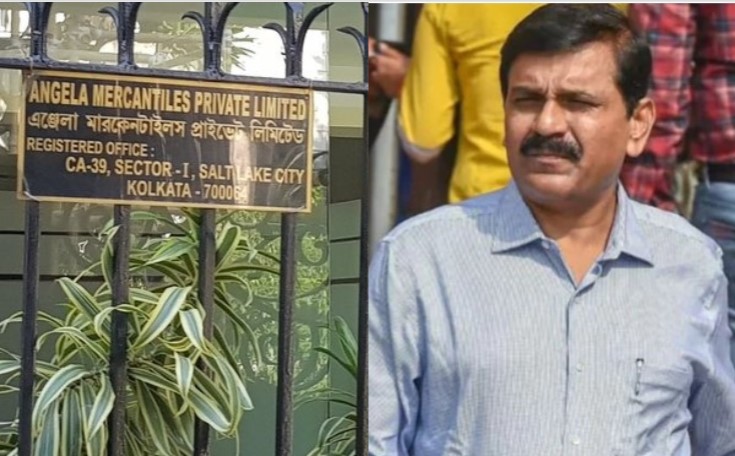 Rao moved with lightning speed to issue a denial on Angela Mercantile Pvt Ltd being owned by his wife. His detailed press note said that the said company was owned by one Praween Agarwal, a long time ‘family friend.’ Rao said that his wife Mannem Sandhya had merely taken a loan of Rs 25 lakh from the company in 2010 to purchase a piece of land in Andhra Pradesh.

He said, “Mannem Sandhya later in the year 2011 sold her ancestral agricultural land of 11-17 acres for a sum of Rs 58.62 lakhs and transferred it to M/S Angela Mercantile Pvt Ltd, which after deducting the loan amount of Rs 25 lakhs and adding interest, a sum of Rs 41,33,165/- was refunded to Smt Mannem Sandhya in July 2014.” 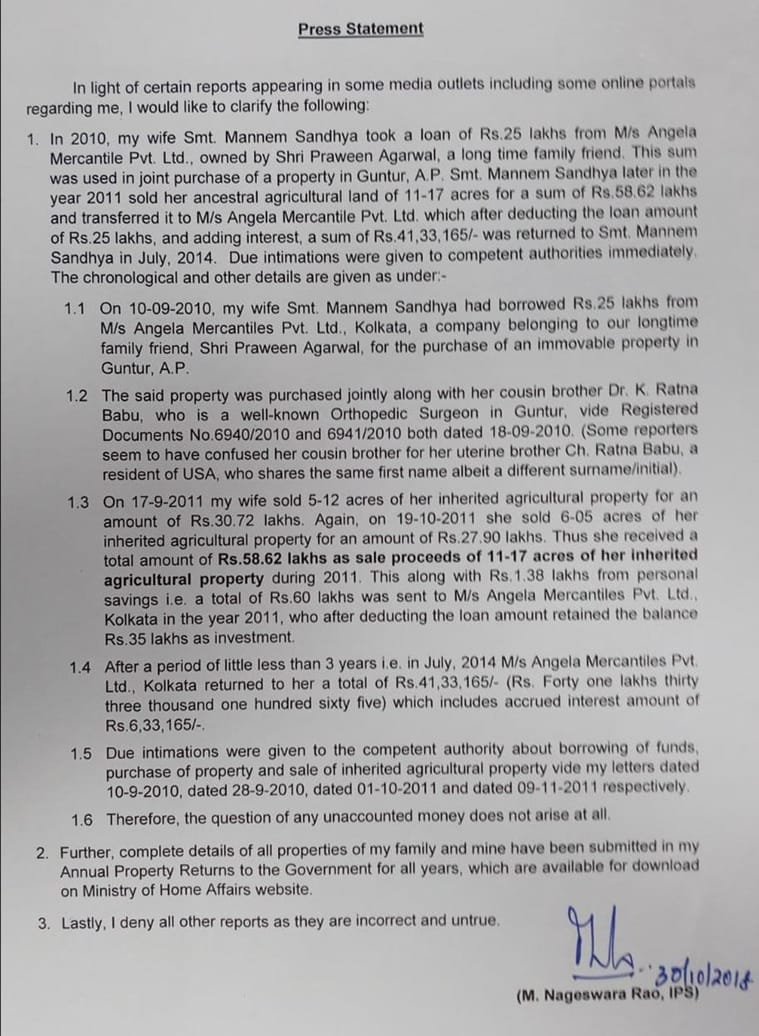 Rao, believed to be close to Prime Minister Narendra Modi, was recently pulled up by the Supreme Court on Thursday, when the top court found him prima facie guilty of contempt of court as the CJI Ranjan Gogoi issued ‘God help you’ warning. He’s been directed to appear before the Supreme Court on 12 February for transferring a CBI officer, probing the Bihar shelter home case, in violation of the Supreme Court’s order.

The current crackdown on CBI officials by the Kolkata Police comes just days after the two government law enforcing agencies locked horns over the ongoing probe in the infamous chit fund scam. The CBI’s attempt to arrest Kolkata Police Commissioner Rajeev Kumar had resulted in a constitutional crisis as West Bengal Police detained CBI officials, at least 40 of them, before taking some of them to a nearby police station. This had prompted the Centre’s Narendra Modi government to deploy paramilitary forces to guard the regional headquarters of the CBI in Salt Lake.