The new wave of the COVID-19 pandemic has continued to wreak havoc in India as several states reported a record number of coronavirus cases with a frightening rise in fatalities. Notable among them were Maharashtra, Delhi, Gujarat and Gujarat. 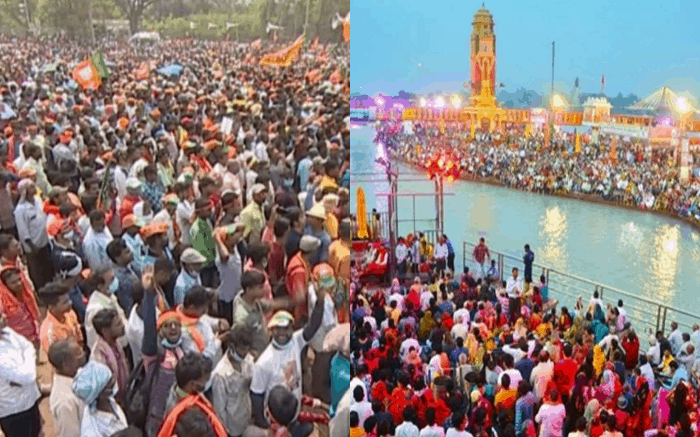 According to the health department data, Maharashtra reported record 63,294 new COVID-19 cases, the highest spike since the pandemic began last year. The total number of positive cases in the state has now risen to 34,07,245 with the total death rising by 349 to 57,987.

Meanwhile, Maharashtra Minister Aslam Shaikh on Sunday said that everyone appeared to be unanimous for a short period of statewide lockdown in today’s meeting with the state COVID19 Task Force. There are indications that the state’s Uddhav Thackeray-led government may opt for a 15-day lockdown in the state.

In Uttar Pradesh too, the fresh wave of the pandemic has begun wreaking havoc with the state recording the highest-ever single-day spike of 15,353 new COVID-19 cases with 67 fresh deaths, which pushed the toll to 9,152.

Elsewhere, Gujarat has continued to struggle in dealing with the dangerous rise in the COVID-19 cases in Prime Minister Narendra Modi’s home state. A report by Times of India said that crematoriums in four major cities of Gujarat namely Surat, Ahmedabad, Rajkot and Vadodara were overflowing with dead bodies. The state reported 54 fresh deaths on Sunday. The last time that Gujarat reported such high number of deaths in the span of 24 hours was last year.

Meanwhile, the government has refused to ban two key events, huge election rallies and Kumb gathering in Uttarakhand, believed to act as superspreaders in the country.