Batting legend Sachin Tendulkar has described India’s emphatic win against Australia at the MCG a ‘terrific achievement’ while paying rich tribute to the team’s ‘resilience and character.’ This was after India beat Australia by eight wickets to level the ongoing four-match Test series 1-1. 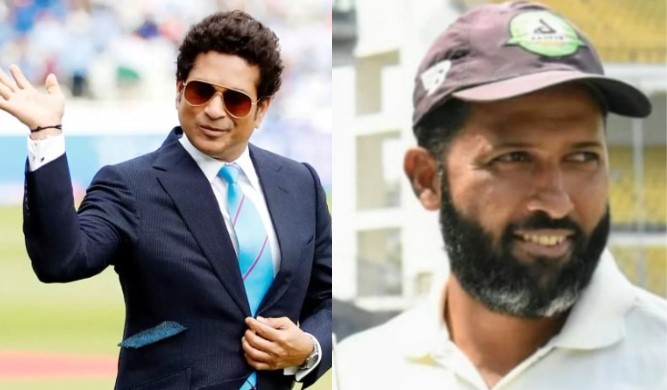 Tendulkar wrote, “To win a Test match without Virat, Rohit, Ishant & Shami is a terrific achievement. Loved the resilience and character shown by the team to put behind the loss in the 1st Test and level the series. Brilliant win. Well done TEAM INDIA!”

To win a Test match without Virat, Rohit, Ishant & Shami is a terrific achievement.

Loved the resilience and character shown by the team to put behind the loss in the 1st Test and level the series.

Former India opener Wasim Jaffer took a dig at Michael Vaughan, ex-England captain, by reminding him about the latter’s predictions of a whitewash for Indians. Jaffer used a hilarious meme to troll Vaughan on Twitter.

Vaughan, in his tweet posted on 19 December after India’s humiliating defeat in Adelaide, had written, “Told ya … India are going to get hammered in the Test Series … #AUSvIND #4-0.”

Reacting to India’s win, Virat Kohli tweeted, “What a win this is, absolutely amazing effort by the whole team. Couldn’t be happier for the boys and specially Jinks who led the team to victory amazingly. Onwards and upwards from here.”

India had gone into the second Test match without skipper Virat Kohli, who had to return to India for the expected birth of his first child. Team India also did not have the services of Mohammad Shami, who had sustained injuries in the first Test. Mohammed Siraj, who was included in the side to replace Shami, went on to claim five wickets at the MCG.

Stand-in captain Ajinkya Rahane scored a brilliant century in the first innings. Rahane also earned plenty of plaudits for his captaincy during the match. Rohit Sharma, who has arrived in Australia will be available for the third Test next month.