Uttar Pradesh Chief Minister Yogi Adityanath has triggered a fresh controversy by saying that Hyderabad can be changed to Bhagyanagar. He made the suggestion on the name change of the famous south Indian city while campaigning for his party in the municipal body polls. The Uttar Pradesh chief minister also accused the ruling TRS and the AIMIM led by Asaduddin Owaisi of alleged misgovernance and corruption.

Adityanath said that if Faizabad could become Ayodhya and Allahabad could be renamed Prayagraj, Hyderabad too could be changed to Bhagyanagar. He said that the civic body polls scheduled for 1 December was to ‘make the bhagya [fortune] of Bhagyanagar.’

“….When BJP was not there in [in power] Uttar Pradesh, people knew the name of the district of Ram Janmabhoomi as Faizabad. We came and gave the name Ayodhya. If Faizabad can become Ayodhya, if Allahabad can become Prayagraj, then Hyderabad can also become Bhagyanagar again,” Adityanath was quoted as saying.

The local body polls of Hyderabad has become a high-profile affair with the BJP fielding its senior leaders including Home Minister Amit Shah to campaign for the saffron party. 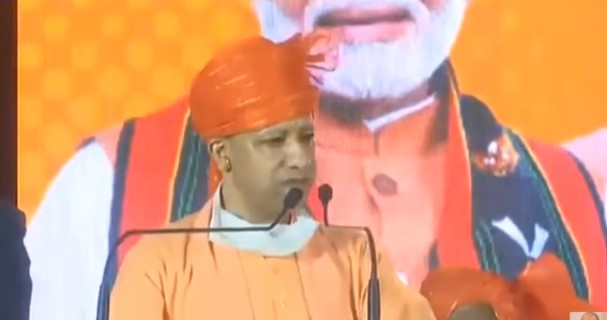 LIVE UPDATES on today’s big stories will appear below;

13:53 PM: Bihar: A woman was shot at by unidentified assailants in a robbery attempt in Patna, yesterday. Police say, “The victim has been admitted to hospital, her condition is critical.” (ANI)

Bihar: A woman was shot at by unidentified assailants in a robbery attempt in Patna, yesterday.

Police say, "The victim has been admitted to hospital, her condition is critical." pic.twitter.com/r6Ttj17o3m