A report by news agency PTI said that Umar Khalid was arrested by the special cell of the Delhi Police after 11 hours of interrogation. He is likely to be produced before a Delhi court on Monday.

The Delhi Police had earlier booked him under the draconian Unlawful Activities (Prevention) Act (UAPA) in another case related to the anti-Muslim pogrom.

This year’s February pogrom had left 53 people killed, mostly Muslims. The Delhi Police have had to face global condemnation for not acting against BJP leaders namely Kapil Mishra, Anurag Thakur and Parvesh Verma for their hate speeches that triggered religious program.

The Delhi Police has also come under fire for naming CPIM leader Sitaram Yechury, economist Jayati Ghosh and Swaraj Abhiyan leader Yogendra Yadav among others in its charge-sheet. They’ve been accused of provoking and mobilising anti-CAA protesters. 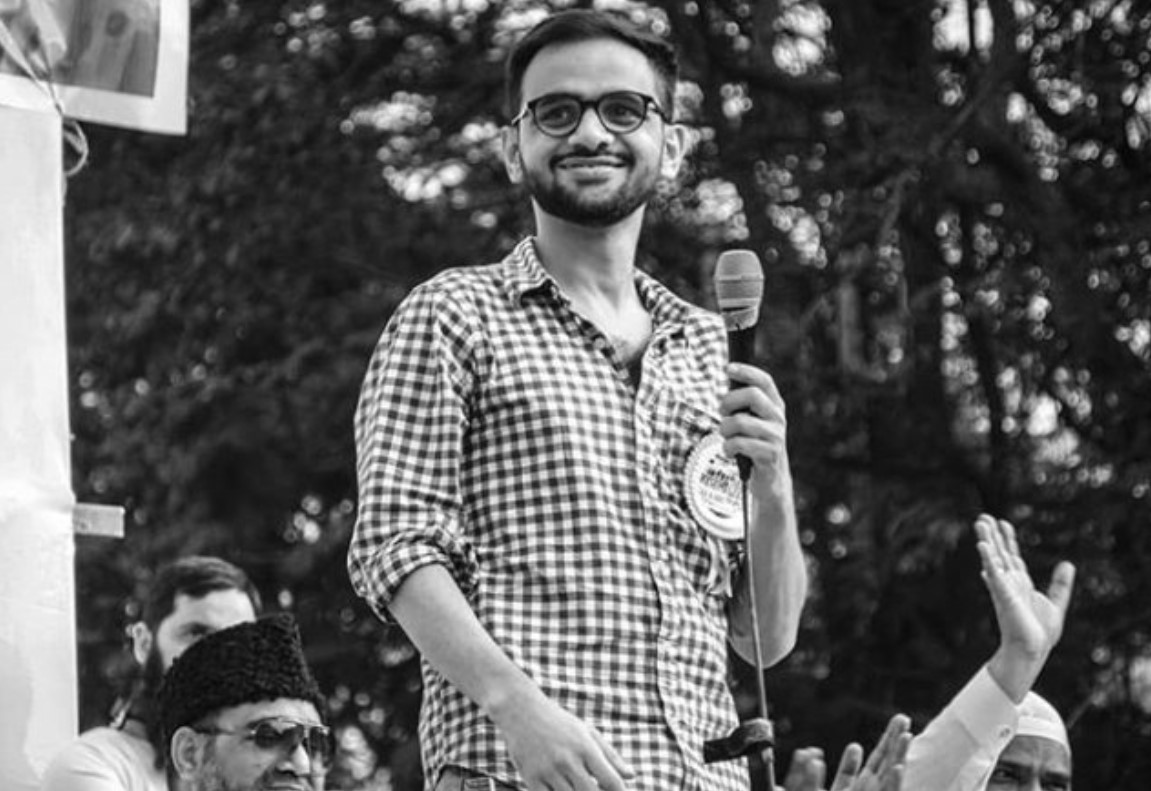 17:46 PM: An #Italian national has been arrested for possessing 1.63 kg charas in #Kullu district in #HimachalPradesh, the police said on Monday. (IANS)

17:12 PM: In a shocking incident, an accused fled from the police custody when the vehicle he was being taken in, stopped for refueling at a petrol pump in #UttarPradesh’s #LakhimpurKheri district. (IANS)

15:17 PM: The #SamajwadiParty, on Monday, held demonstrations across all districts to protest against the plight of #farmers, growing unemployment, expensive education, privatisation, corruption, and multiple other issues. (IANS) 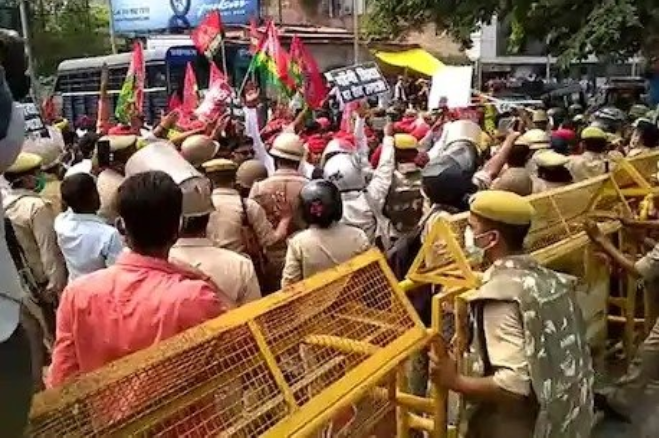 13:07 PM: Congress leader Rahul Gandhi takes a dig at Prime Minister Narendra Modi over the rise in #COVID19 cases, says the government had asked people to become “aatmanirbhar” which means they should save their lives themselves as prime minister was “busy with peacocks”. (PTI)

11:58 AM: A inter-state online sex racket running for past few years was busted when police raided a house in a #Kanpur locality and rescued nine girls , including one each from #Assam and #Delhi. (IANS)

11:34 AM: #Moradabad: A Class 10 student of a private school has been booked for allegedly sending ‘obscene messages’ to his teacher during an #onlineclass. The student’s father has also been booked for ‘threatening the teacher’ over the phone. The police took the action on Saturday. (IANS)

09:34 AM: Lok Sabha adjourned for an hour after paying tributes to former President Pranab Mukherjee, one sitting MP, 13 ex-parliamentarians. (PTI)