Gory details have emerged from the state’s Balrampur area, where another girl from the scheduled caste has died after being allegedly drugged, gang-raped and severely beaten up by her perpetrators. This was on a day when the Uttar Pradesh government headed by Chief Minister Yogi Adityanath faced widespread criticism for the brutal gang-rape and murder of a 19-year-old Dalit girl in Hathras.

Balrampur Superintendent of Police Dev Ranjan Verma said that the police had arrested two accused in the case based on the complaint filed by the victim’s family. Verma, however, said that reports of the victim’s hands and legs being broken were not true, adding that this was not confirmed by the post mortem report.

Former UP Chief Minister Akhilesh Yadav tweeted, “After Hathras, now a daughter in Balrampur is gang-raped and brutalised. The victim ahs died in an injured condition. The BJP government must not show a lackadaisical approach or indulge in cover-up like it did in the Hathras case and immediately act against criminals.”

21:13 PM: The Lucknow bench of Allahabad High Court takes suo motu cognisance of Hathras incident and issues notices to the UP government. (PTI)

18:19 PM: I have tested positive for Covid19. I request all those who came in close contact with me recently, to self isolate: Congress leader Ahmed Patel

I have tested positive for Covid19. I request all those who came in close contact with me recently, to self isolate

17:19 PM: A #Delhi court on Thursday extended till October 22 the judicial custody of Jawaharlal Nehru University (#JNU) research scholar #SharjeelImam, arrested under the anti-terror law, in connection with the communal violence in the #Northeast area of the national capital in February. (IANS)

16:58 PM: UP police is a law into itself. None of the laws of the country seem to apply to it. What is wrong if the leaders of a political party protest against a gruesome crime and wish to visit the victim’s family?: Senior Congress leader P Chidambaram

The two leaders were not violent, they did not carry arms, they were lodging a peaceful protest. Why should the police stop them from protesting peacefully?

16:03 PM: National Commission for Women has written to director general of police, Uttar Pradesh seeking an explanation on the urgency to cremate the Hathras gang-rape victim in the middle of night and in absence of her family: Statement. (PTI)

15:57 PM: Reckless behaviour of UP Police towards @INCIndia leader Shri @RahulGandhi is extremely condemnable. It is reprehensible for those who are supposed to uphold the law to trample upon the democratic values in such a manner: NCP chief Sharad Pawar

Reckless behaviour of UP Police towards @INCIndia leader Shri @RahulGandhi is extremely condemnable. It is reprehensible for those who are supposed to uphold the law to trample upon the democratic values in such a manner.

15:27 PM: Rahul Gandhi, who has been stopped at Yamuna Expressway on his way to Hathras, asks police, “I want to walk to Hathras alone. Please tell me under which section are you arresting me.” Police says, “We are arresting you under Section 188 IPC for violation of an order. ” (ANI)

#WATCH Rahul Gandhi, who has been stopped at Yamuna Expressway on his way to Hathras, asks police, "I want to walk to Hathras alone. Please tell me under which section are you arresting me."

Police says, "We are arresting you under Section 188 IPC for violation of an order. " pic.twitter.com/uJKwPxauv5

14:58 PM: The incident (Hathras gangrape) was big injustice and what the govt did after that in cremating the body was bigger insult: Cong leader Priyanka Gandhi Vadra. (PTI)

14:53 PM: Congress General Secretary #PriyankaGandhiVadra on Thursday slammed the #YogiAdityanath government in #UttarPradesh over a gang rape in #Balrampur district, saying that “marketing and making speeches” do not work while maintaining law and order. (IANS)

14:09 PM: 16-year-old girl allegedly raped by 3 unidentified people after being pulled out of her house in Madhya Pradesh’s Khargone district: Police. (PTI)

13:56 PM: With #Rajasthan witnessing a whopping rise in the number of #coronavirus cases, Chief Minister #AshokGehlot has appealed to leaders of all parties, MPs, MLAs to make the ‘public movement against corona’ starting from October 2 successful. (IANS)

13:11 PM: After the gang-rape incidents in #Hathras and #Balrampur, two minor girls have been raped in Bulandshahr and Azamgarh districts of #UttarPradesh.
According to reports, in Azamgarh, an 8-year-old girl was allegedly raped by her 20-year-old neighbour in Jiyanpur area. (IANS)

11:57 AM: The National Human Rights Commission has taken suo motu cognizance of the #Hathras incident of the rape and murder of a 19-year-old Dalit girl and has issued a notice to the #YogiAdityanath government. (IANS)

11:15 AM: #Congress leaders #RahulGandhi & #PriyankaGandhiVadra will visit #Hathras in #UttarPradesh on Thursday to meet the family of the woman who died after being gang raped, and whose cremation in the night by the police has provoked nationwide outrage. (IANS) 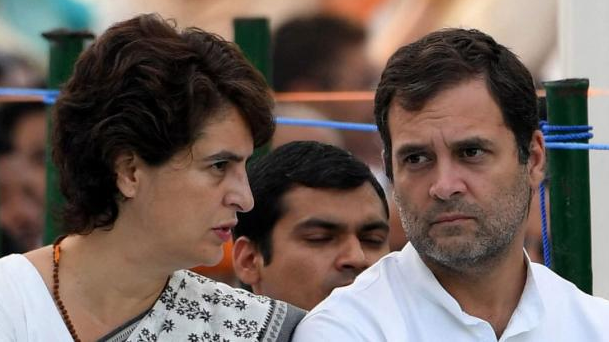 10:23 AM: Baghpat: A 17-year-old girl attempted suicide by consuming poison on September 27 allegedly after being raped & blackmailed by a minor in Kolwali area. SP Abhishek Singh said, “The accused has been booked & arrested. The girl is healthy. Her statement will be recorded.” (ANI)

09:36 AM: One Army jawan killed, another injured in ceasefire violation by Pakistani troops along LoC in Jammu and Kashmir’s Poonch district: Officials. (PTI)

07:56 AM: “In 47 months I have done more than you have in 47 years” said Mr Donald Trump in the Presidential debate yesterday If the statement reminds you of someone in India, that’s your imagination!: P Chidambaram takes dig at PM Modi