Jharkhand’s voters on Monday avenged the lynching of Tabrez Ansari by inflicting one of the worst electoral defeats on the BJP. The JMM-Congress-JMM alliance looked set to secure a landslide win in the 81-seat Jharkhand assembly by emerging victorious on 47 seats. The BJP’s tally came down to just 26. This was the fifth state that the BJP has lost within the span of one year. Of the nine seats where Prime Minister Narendra Modi campaigned, the BJP lost five seats. 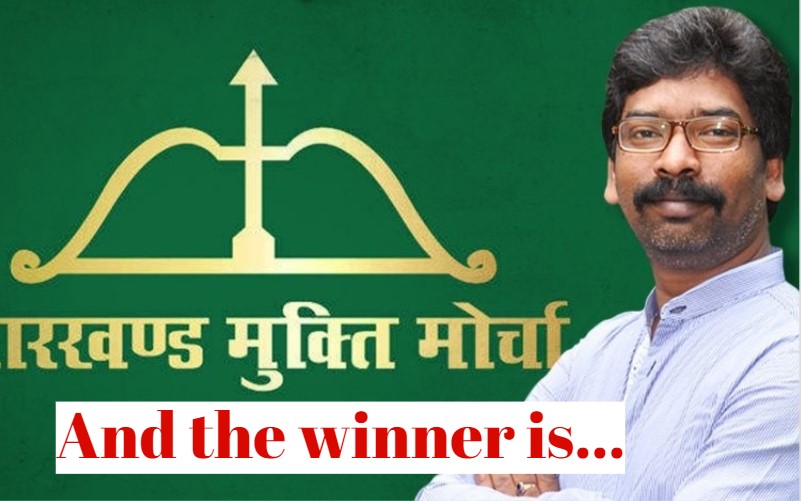 Several exit polls had predicted BJP to lose control over another state after losing Maharashtra in this year’s assembly polls. After Maharashtra assembly polls, BJP’s alliance partner for 30 years, the Shiv Sena, severed tied with the saffron party to form an alliance with the NCP and the Congress to form a government.

Prime Minister Narendra Modi and Home Minister Amit Shah had extensively campaigned for the BJP. Both were accused of indulging in communal politics to polarise the elections. Modi had famously said in one of the speeches that protesters expressing dissent against the amended Citizenship Act could be identified by their clothes. This was deemed to be an explicit hint at communalising the nationwide protests against CAA to be an agitation led by Muslims.

Shah, in one of his speeches, had promised to construct a sky-high Ram Temple in Ayodhya in Uttar Pradesh in a bid to polarise Hindu votes.

Several exit polls predicted big defeat for the BJP. According to India Today-Axis My India, the BJP was expected to fall short of a majority in the 81-seat Jharkhand assembly. The exit poll predicted that the ruling BJP was likely to win between 22 and 32 seats. The JMM-Congress-RJD alliance, according to the exit poll, was set to win around 38-50 seats.

#WATCH: Jharkhand Mukti Morcha's (JMM) Hemant Soren rides a cycle at his residence in Ranchi. JMM is currently leading on 28 seats while the Congress-JMM-RJD alliance is leading on 46 seats. pic.twitter.com/e9HYcb26Y2

The counting of votes for 81 Jharkhand Assembly seats began at 8 am on Monday in all the 24 district headquarters amid tight security.