In a sensational development, former deputy chief minister of Bihar, Sushil Kumar Modi, has alleged that RJD founder and former Chief Minister of Bihar, Lalu Prasad Yadav, was attempting to bring down the newly-elected NDA government in the state from inside the jail. Modi took to Twitter to allege that Yadav was approaching NDA MLAs and promising them ministerial berths. 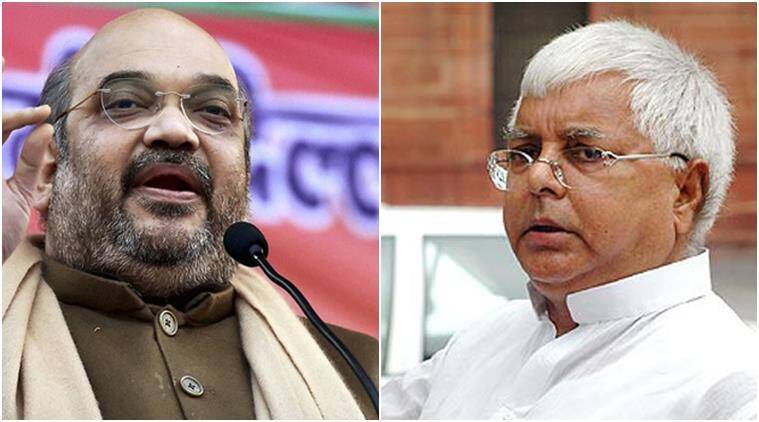 The tweet by Sushil Modi read, “Lalu Yadav making telephone call (8051216302) from Ranchi to NDA MLAs & promising ministerial berths. When I telephoned, Lalu directly picked up.I said don’t do these dirty tricks from jail, you will not succeed.”

Modi, who served as the deputy chief minister in the previous state government headed by Nitish Kumar, was dropped from the post after the NDA secured a wafer-thin majority in the just-concluded elections.

Neither Tejashwi Yadav, Lalu Yadav’s son, nor his party, the RJD, has reacted to the extraordinary allegation made by Modi. But Twitterati declared the development as Lalu Yadav doing Amit Shah on NDA MLAs. Others jokingly called it ‘MLA Jihad’ since the number shared by Modi was listed as Irfan Lalu Ranchi.

There’s a small correction: Irfan Lalu is making telephone call to NDA MLAs & promising ministerial betths. When Sushil wanted a berth, he was refused. This is MLA Jihad. https://t.co/iMQGHU3kmi pic.twitter.com/nhkkzPxHbw

when are you going to be part of the Grand alliance? https://t.co/LvCDkEFw0q

This is a great political joke. I like Bihar. https://t.co/nc6dqp9bVG

The NDA comprising the BJP, the JDU, the VIP and the HAM had won 125 out of 243 seats in the Bihar assembly while the Mahagathbandhan consisting of the RJD, the Congress and the Left parties could win only 110 seats, 12 short of the majority mark. Asaduddin Owaisi’s AIMIM also won five seats one seat each went to Independent and Chirag Paswan’s Lok Janshakti Party.