Coronavirus pandemic has brought the best out of India’s COVID-19 warriors with inspiring stories emerging from across the country even amidst the worst-ever human tragedy in living memory. While India has been relatively less affected by the global pandemic, Indians up and down the country have shown exemplary reselience and courage to fight the tragedy. Leading the pack have been those deployed on the ground to fight the spread of the virus during the nationwide lockdown in India. 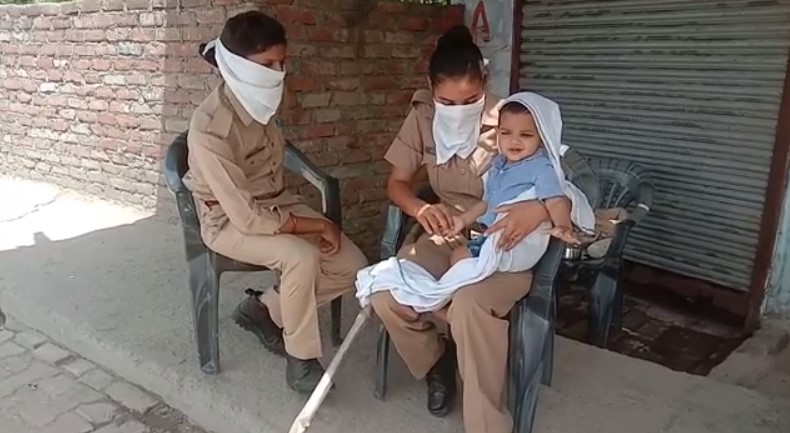 Cop Ramakant has been deployed to maintain the law and order during the nationwide lockdown. He was blessed with a baby girl, Laali, while he was away from home. He hasn’t been able to meet the newborn yet, but he never any opportunity to glance through the photos and videos of his daughter during his breaks. “We were blessed with a daughter on the intervening night of 2 and 3 April. I got married in July 2019. I got a call from my family that I have become a father. But, I told them honourable Prime Minister has announced a lockdown till 24 March and I am required to be on duty here,” Ramakant said.

Ramakant added that he was very happy and felt like visiting the family to see his newborn baby, adding that he saw his daughter through a video call. After PM Modi extended the nationwide lockdown till 3 May, Ramakant informed his family that he may be able to visit them only after 3 May.

Chitralekha from Mainpuri in Uttar Pradesh has been discharging her duties with her one-year-old child. The brave cop said that she was on a national duty asking people to stay indoors to protect themselves from the deadly virus. Sharing her experience of discharging her duties with her one-year-old child, Chitralekha says, “I haven’t had too many difficulties since my department has been very supportive. I get my baby’s food from home before starting my shift.”

The female cop said that she was proud to look after her child even when being assigned on a call to protect her motherland. To her relief, she gets plenty of support from both her male and female colleagues, who take turns in looking after the baby, who turned one on 26 March this year. 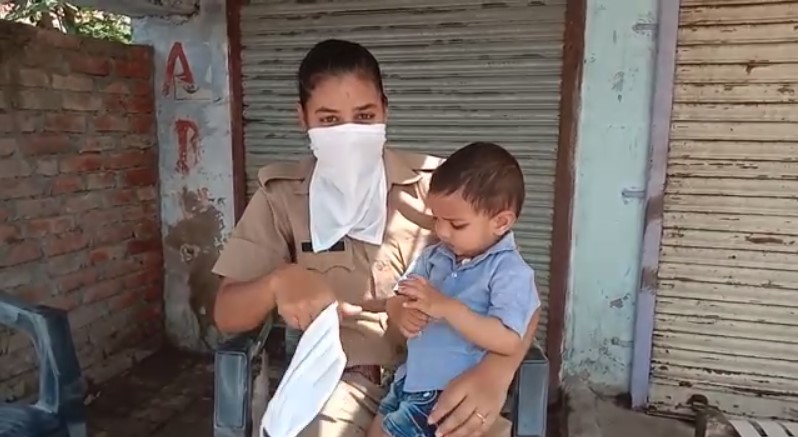 The photo of Dr Agarwal with bloodied face went viral recently after a mob attacked his team with stones and bricks in Moradabad when they went to test people for coronavirus.

Speaking about the incident Agarwal said, “I think the attack was pre-planned. I read in newspapers that they had collected stones and bricked in three vehicles. So, this wasn’t a coincidence to collect these bricks and stones. Even the womenfolk came from nowhere to attack us (the doctor’s team).”

Agrawal said that he wasn’t bothered by the government action against the local mob, adding that he will return to the community once again since it was important for him as a medical professional to save people’s lives. Dr. Agrawal said that he wouldn’t want anyone in India to face the same fate as that of people in the US.

“To me, the country and my society have the utmost importance. I pray that all of are safe and we are allowed to do our job in a safe environment,” he said.

A local political workers in Haryana’s Faridabad, Chaudhary decided to take it upon himself the task of sanitising the houses in his neighbourhood. Chaudhary said that he decided to accept the challenge after being disappointed by the indifference shown by his local representatives. “Our team have decided to sanitise each and every house. We are using our own money,” Chaudhary said.