The Raipur Police in Chhattisgarh have arrested a man, identified as Ravi Pujar, who was running a Facebook page with 10,000 plus followers as Nisha Jindal. Ravi was arrested for disturbing communal harmony. But the imposter’s agony did not end with his arrest as the cops made him share his real photo on the Facebook page to inform 10,000 followers of ‘Nisha Jindal’ about his true identity. 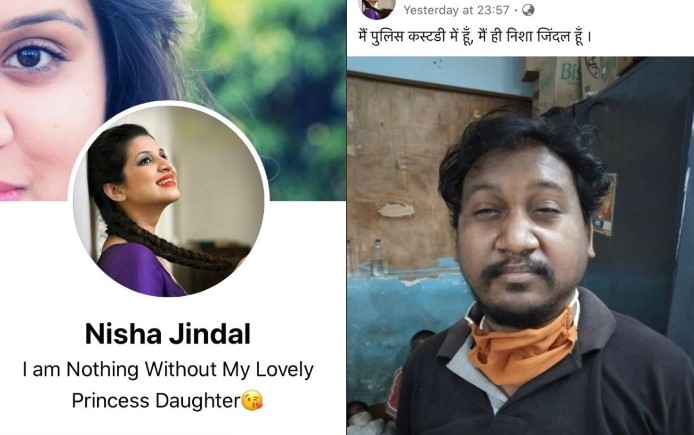 Sharing the man’s photo, IAS officer Priyanka Shukla wrote, “When the Raipur Police reached to arrest Facebook user Nisha Jindal, then they learnt that Ravi, who has not been able to pass engineering for 11 years, was in real ‘Nisha.’ The police made Ravi post his truth to inform 10,000 plus followers of Nisha.”

Ravi’s arrest left Twitterati in splits. IPS officer Arun Bothra tweeted, “Am thinking about those who followed him looking at the DP.” Shukla replied, “Sir.. as you can see in the fb profile.. she i mean “he” had more than 10,000 followers.”

The man has been booked under various sections of the IPC including sections 153 (promoting disharmony) and 295 (insult to religion).

This should serve as a lesson to those who tend to believe everything on social media as gospel truth.