News of Jyotiraditya Scindia reportedly removing the reference to ‘BJP’ from his Twitter bio, has triggered speculation over his future in the saffron party. This happened just a day after two of his loyalists returned to the Congress. 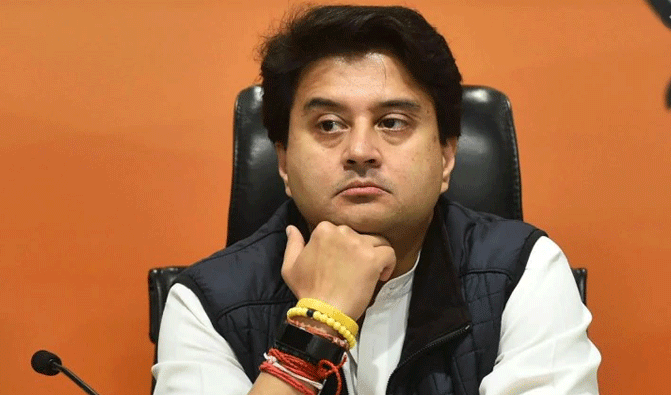 Soon, his supporters went on a clarification spree stating that Scindia had never added any reference to the ‘BJP’ in his Twitter bio in the first place. Curiously, before Jyotiraditya officially joined the BJP in March this year, he had removed the reference to his parent party, the Congress, from his Twitter bio in November last year. Weeks later, he dumped the Congress to join the BJP along with 20-plus MLAs. This resulted in the fall of the 15-month old Congress government in Madhya Pradesh, allowing Shivraj Singh Chouhan to become the new chief minister again. 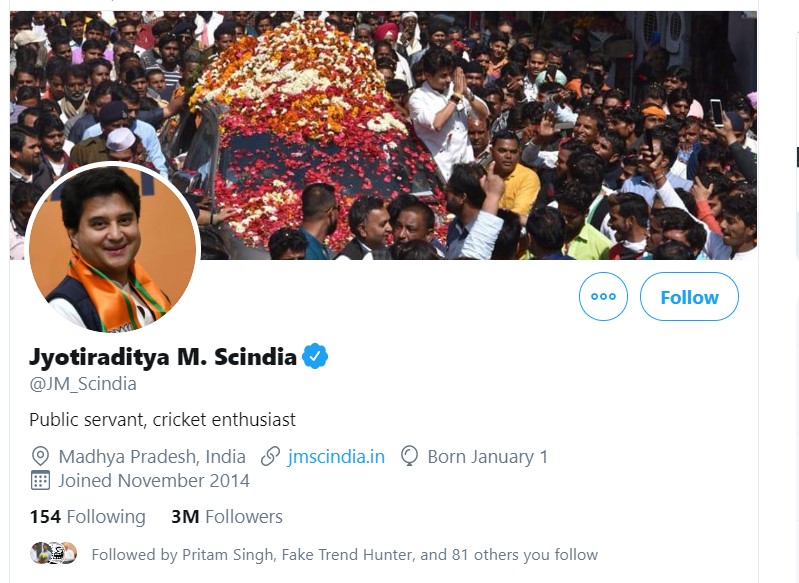 Scindia has not issued any clarification on the speculation, but his latest tweet read, “Sadly, false news travels faster than the truth.”

The latest controversy comes just a day after two of his loyalists returned to the Congress fold. One of them is the former Sewa Dal state president Satyendra Yadav, who announced his return to the Congress, adding that Scindia was feeling suffocated in the BJP and could be back in his parent party soon.

Another leader returning to the Congress was a former minister Balendu Shukla, whose decision to snap ties with the BJP is being considered a huge setback to the Hindutva party in Madhya Pradesh.

Scindia had officially quit the Congress in March this year before joining the party along with 22 MLAs, leading to the downfall of the Kamal Nath government.