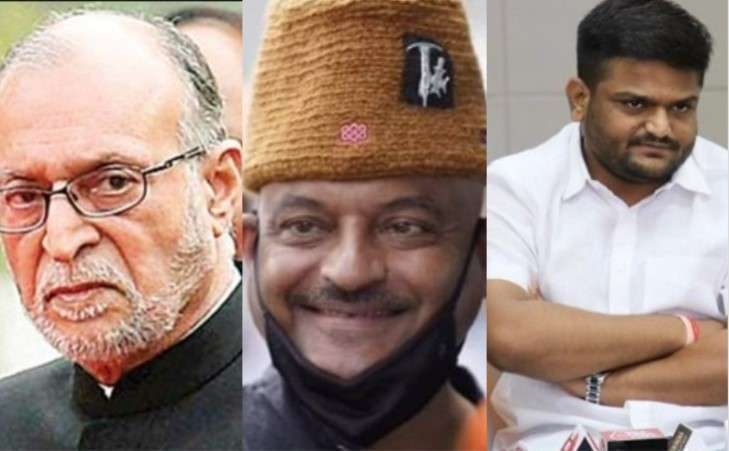 The day started with Patel announcing his resignation from the primary membership of the Congress party. Writing in his resignation letter, Patel slammed the Congress of constantly working against the Narendra Modi government by taking a hostile stand on key issues such as the revocation of Article 370, enactment of NRC-CAA laws and the GST among others.

This was followed by reports that Delhi Lieutenant Governor Anil Baijal too had stepped down from his post citing personal reasons. Baijal had assumed the high-profile role of Delhi LG in 2016 after Najeeb Jung announced his shock resignation.

Baijal has been at loggerheads with the Delhi government headed by Arvind Kejriwal over the differences on who has the administrative power of India’s national capital.

According to reports, Baijal has sent his resignation to President Ram Nath Kovind.

Elsewhere, ex-serviceman and AAP’s Uttarakhand CM candidate in the last assembly polls, Col Ajay Kothiyal, too severed his ties with the Aam Aadmi Party. Announcing his decision on Twitter, Kothiyal wrote, “Resignation letter. Keeping in mind the sentiments of ex-servicemen, ex-paramilitary, elderly, women, youth and intellectuals, I am submitting my resignation from the membership of Aam Aadmi Party today, on 18th May 2022.”

According to the New Indian Express, Kothiyal was unhappy with the treatment meted out to him in the aftermath of AAP’s poor performance in the assembly polls. He had not been invited to a party meeting held in New Delhi recently to analyse its performance in Uttarakhand, the report added.

The AAP had fielded candidates in all 70 constituencies in this year’s assembly polls in Uttarakhand, but the party failed to win a single seat in the hilly Indian state.