India defeated England in the third One Day International to lift the series 2-1 despite men in blue dropping innumerable catches, making themselves a topic of public ridicule. Sam Curran fought valiantly, but his heroic efforts turned futile as England fell short of seven runs in the end. Curran remained not out at 95 in 83 balls, the highest score by an English batsman. 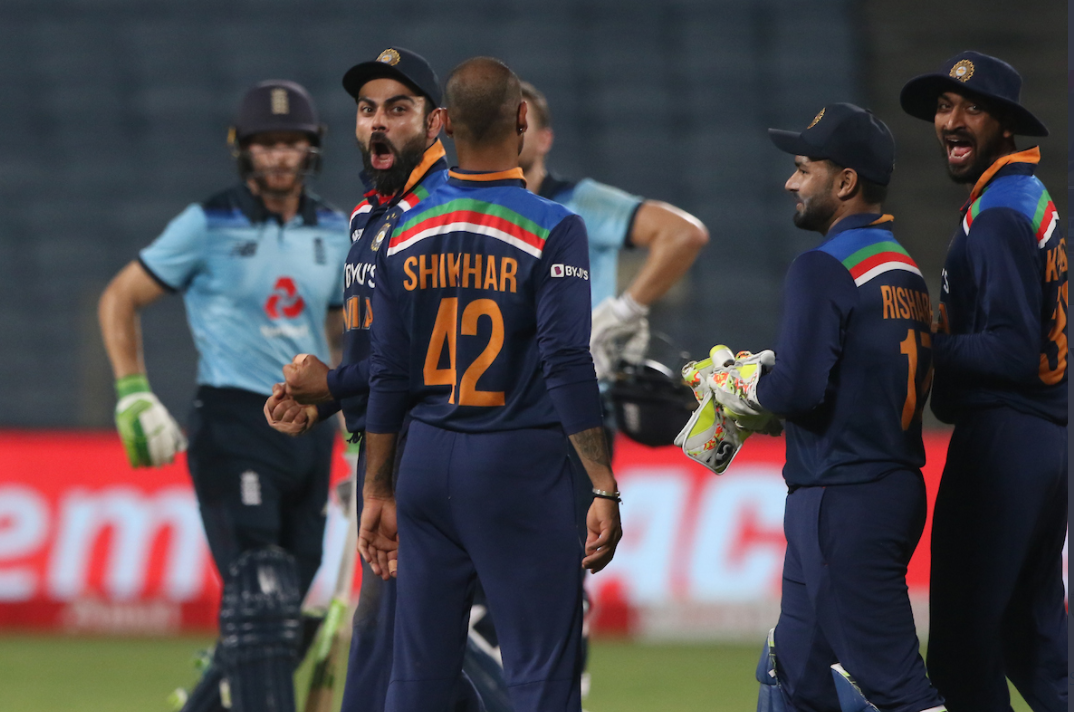 Earlier, batting first India were all out for 329 with Rishabh Pant once again shining with the bat as he scored 78 to emerge the top-scorer for his side. Shikhar Dhawan made 67, while Hardik Pandya contributed with a quickfire 64 in 44 balls.

Reacting to India’s win, Virat Kohli said, “As I mentioned, when top-two teams battle, you get exciting games. England will not throw in the total at any stage, Sam played well, but we kept taking wickets to put enough pressure on them. The mindset shifted in the last couple of overs. Hardik and Nattu were brilliant to finish it off. Most disappointing for the guy to drop the catch. Everyone wants to do the best for the team on the field, but catches do get put down.

“But as individuals there’s no lack of intent and we eventually ended up crossing the line. I mean I’m surprised that he wasn’t the Man of the Match. Four wickets and scoring 30 runs and Bhuvi another contender for Man of the Series. These guys were the difference in middle overs and powerplay. Prasidh and Krunal were impressive, but the most pleasing thing is the depth of our batting. Very exciting times ahead for us. It has been an amazing season for us and we wanted to finish on a high. This tour has been sweet, winning every series. Enjoy the IPL and back again with this group of guys. It is a bit of a respite for the support staff. Scheduling is something that needs to be looked at in these times; I’m sure things will be discussed and things will change in the future.”

England skipper Jos Buttler said, “Yeah, fantastic game. Both times made mistakes and played some brilliant cricket. Unbelievable innings from Sam Curran…congratulations to India. We’re disappointed, we came here and we wanted to win, but there have been great learnings throughout the process. The white-ball leg has been fantastic and close and today was no different. I think playing cricket in India is always a learning experience – the guys who made their debuts in this series. Guys will go away as better cricketers. It was a fantastic wicket and we didn’t bowl as well at the top but we dragged it back fantastically in the end. We pegged Hardik and Pant back to that total. A few guys are missing out, but the talent pool in white-ball cricket is growing and we’ll continue to strive to do that. It was an amazing effort from Curran to take a lot of ownership and take most of the strike. I know Sam will be disappointed but he showed a lot of character and we are all proud of him.”

Sam Curran was declared Man Of The Match for his valiant knock of 95, while Jonny Bairstow was adjudged Man Of The Series.