The violence in Bangladesh against the visit by Prime Minister Narendra Modi has spiralled out of control as angry protesters torched trains and Hindu temples during the nationwide strike on Sunday. At least five people were killed as protesters clashed with police in Brahmanbaria on Saturday. 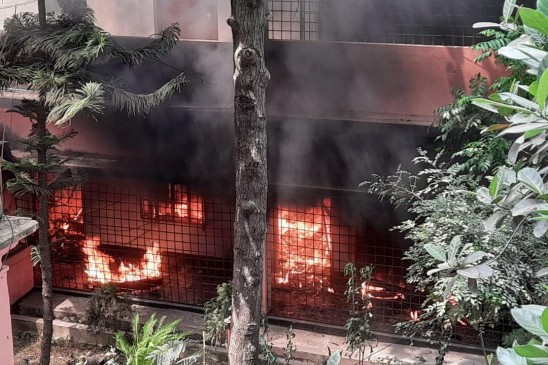 A report by news agency Reuters said that hundreds of protesters attacked Hindu temples and a train in eastern Bangladesh. “They attacked the train and damaged its engine room and almost all the coaches,” a police official was quoted as saying.

Protesters also set at least two buses on fire in the western district of Rajshahi.

Meanwhile, Hefajat-e-Islam has announced its intention to hold a nationwide demonstration on 2 April to protest against the deaths of its activists during clashes with security personnel in the last three days. Hefazat-e-Islam’s organising secretary Azizul Haque has said that his organisation will not ‘let the blood of our brothers go in vain.’ “Police opened fire on our peaceful supporters,” he said.

According to the local police, at least 11 protesters have died since nationwide demonstrations started on Friday.

Modi had arrived in Bangladesh on Friday on a two-day visit. Protesters accuse Modi of discriminating against India’s Muslims, holding him responsible for the rise in violent incidents against India’s largest minority community in the last six years.