Governments across India have been forced to take unprecedented measures to deal with the Bharat Bandh call given by the aspirants seeking jobs in the armed forces. They have been protesting against the new recruitment scheme announced by the Centre’s Narendra Modi government last week. The Jharkhand government has announced the cancellation of Class 11 Term II exams in view of today’s countrywide strike.

A notification by the Jharkhand government said that exams for Class 11 papers such as Physics, Accountancy and Geography that were scheduled to be held today stand cancelled. Exams for these papers would be held at a later date. 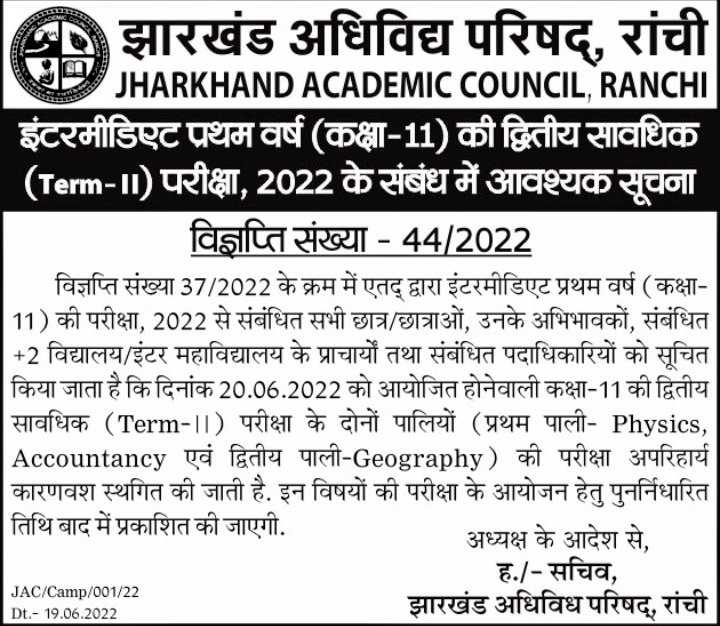 The BJP government in Uttar Pradesh has imposed Section 144 in Noida in view of today’s bandh.

The CPI-M government of Kerala has decided to deploy all its police personnel to deal with possible violence by protesters. Cops have been directed to arrest anyone found to be resorting to violence or damaging public property.

Punjab’s AAP government too has announced a similar measure ahead of the nationwide strike.

Hundreds of thousands of protesters have been carrying out violent protests across India against the Agnipath scheme, announced by the Modi government. Protesters burnt several trains, set a BJP office in Bihar on fire and ransacked the houses belonging to BJP leaders in the state. At least one protester was killed in Telangana.

The government had unveiled the ‘Agnipath’ scheme this week to recruit military personnel into the army, the navy and the air force for a four-year-period followed by compulsory retirement for most without gratuity and pension benefits. According to the government order, only a small portion of them may be considered for continuing service after the completion of four years.

The BJP has accused the opposition parties doing politics ‘on issues of national security, armed forces to destabilise the government.’