Police in Kerala have arrested a cop after he allegedly stabbed his female colleague before setting on her fire and leaving her to die. The deceased has been identified as 34-year-old Soumya Pushpakaran, a mother of three minor children. Her husband is employed in the middle-east. 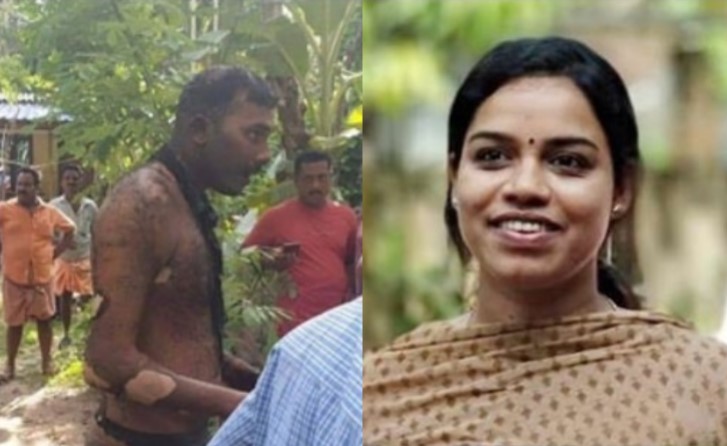 Soumya succumbed to her injuries in Kerala’s Alappuzha district under Aluva police station and died on the spot. Soumya’s killer P Ajaz is also a civil police officer. He too has suffered 40 percent burn injuries when cops took him into their custody, reported NDTV. Ajaz has been admitted into an ICU at Alappuzha Medical College Hospital.

Another report by Hindustan Times has said that Ajaz hit Soumya’s scooter with his car and when she fell down he stabbed her repeatedly and then poured kerosene before setting her on fire.

Soumya was returning home on Saturday from work when her attacker mercilessly killed her. It’s not clear what prompted Ajaz to kill Soumya so brutally. Police are waiting for the alleged killer to get better before he’s able to give a statement.

In April, as reported by News18, a 21-year-old engineering student was killed in Thrissur after the accused entered her house and set her ablaze. In another incident in March, a 20-year-old student was set on fire by a man who was allegedly stalking her for months.