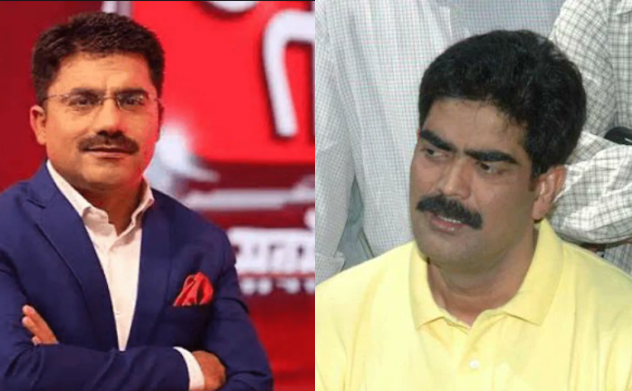 Shahabuddin, who was serving a life sentence in a murder case at Delhi’s Tihar Jail, had to be hospitalised on 20 April. Director General (Prisons) Sandeep Goel, according to news agency PTI, said, “Information has been received from DDU Hospital about the death of Mohd Shahabuddin, an inmate of Delhi Prisons. He was suffering from COVID-19.”

No sooner did the news of Shahbuddin’s death become public, Hindutva bigots took to social media to rejoice in his passing. Ironically, the same bigots were protesting on how some had chosen to remember Rohit Sardana, the controversial Aaj Tak anchor, who died of COVID on Friday morning.

Another pig went to hell.
This Sociopath, Criminal, Pathological Liar, Communal Bigot passed away after getting postive from covid-19.#Shahabuddin pic.twitter.com/TEpHsKfOxM

The celebration over Shahabuddin’s death came in contrast with how Hindutva supporters reacted when some individuals sought to remember Rohit Sardana by his routine indulgence in Islamophobia in the guise of TV journalism. Sardana, who died of COVID at a Noida hospital on Saturday, was earlier associated with Zee News before joining India Today. He always faced criticism for his brazen biases for the BJP and alleged Islamophobia during his broadcast. In November 2017, several Muslim groups had filed police complaints against Sardana for his tweet disparagingly referring to women in Islam and Christianity including Prophet Muhammad’s( peace be upon him) wife Ayesha, daughter Fatima and Mary, the mother of Jesus Christ.